NEW DELHI: Staff Selection Commission (SSC) will conduct SSC CHSL 2020 from March 16 to March 27. Candidates will be able to download SSC CHSL admit cards at least four days prior to their respective exams. It is expected that SSC CHSL 2020 admit card will be first released on March 12. SSC CHSL admit card will be available on the regional SSC websites. In order to download the admit card, candidates will have to log in using their registration number and date of birth. 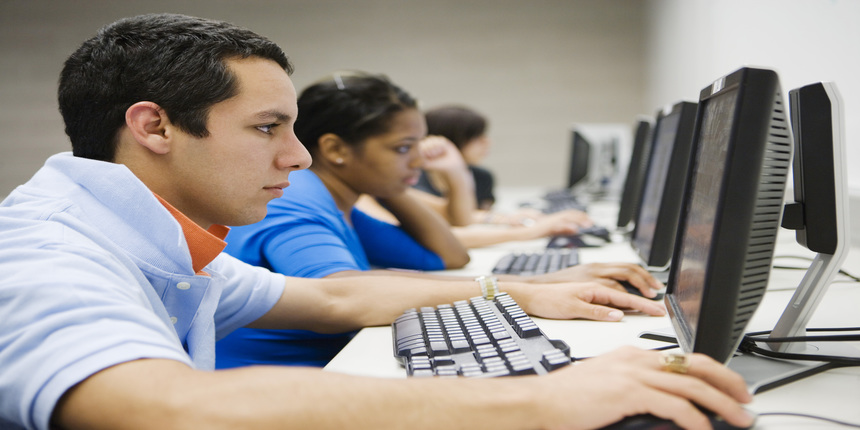 Step 2: Click on the ‘Admit Card’ button on the menu bar

Step 3: Select the region from which you have applied

Step 5: Enter your registration number and date of birth in the login window that appears on the screen

Step 6: Enter the captcha code and click on the ‘Search’ button

Step 7: You admit card will be displayed on the screen

Step 8: Download and print your SSC CHSL admit card to carry to the exam centres

SSC CHSL result 2020 is likely to be announced in the month of April. Candidates who are shortlisted in the result of Tier-I examination will be able to appear for Tier-II. SSC CHSL 2020 Tier-II will be conducted on June 28, 2020. Also candidates can check the expected SSC CHSL cut off 2020 for result and marks analysis.

SSC CHSL 2020 is conducted for the recruitment of candidates at the posts of Lower Divisional Clerk/ Junior Secretariat Assistant, Postal Assistant/ Sorting Assistant and Data Entry Operator in various Government ministries/ departments/ organisations. Candidates with a 10 + 2 education can apply for the next cycle of the exam.