NEW DELHI: Staff Selection Commission (SSC) has released the marks of SSC CHSL 2018 Paper-II which was conducted on February 25, 2020, on their official website - ssc.nic.in. Candidates who appeared for the SSC CHSL exam can check their marks by logging in using their registration number and password. Candidates who qualify in Paper-II will be eligible to appear for the next stage of the selection procedure - skill test/ typing test. 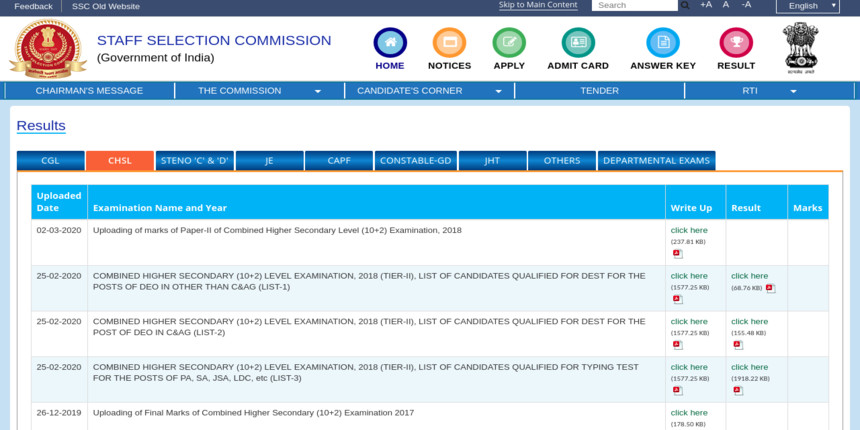 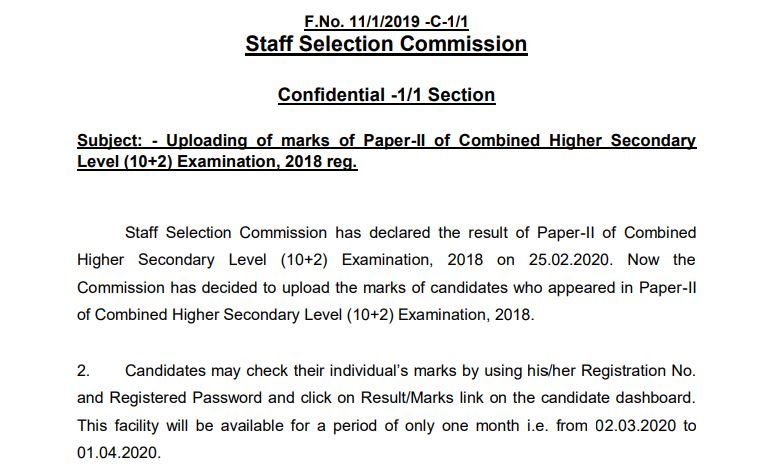 How to Check SSC CHSL Marks?

Step 2: Enter your login credentials - registration number and password in the login window on the home screen

Step 3: Copy the captcha code and click on the ‘Login’ button

Step 4: Click on the result link on your dashboard

Step 5: Check your marks and save for future references

Candidates will only be able to check their marks from March 2 to April 1, 2020.