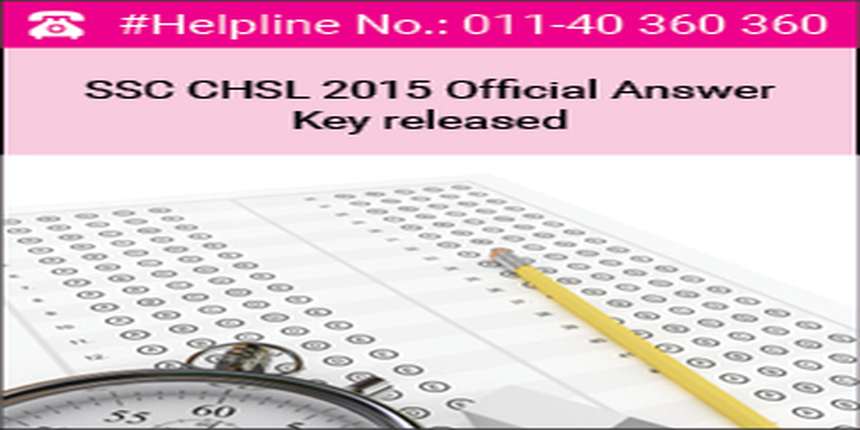 The aspirants can check official SSC CHSL answer key 2015 through the official window by entering the required information, including roll number, date of exam and test form number.

Candidates can challenge the official answer key, if required, by May 31 upto 5.00 PM, by paying administrative charges of Rs 100 per representation. Official window for challenging the SSC CGL answer key 2015 is also active now.

Through the official answer key of SSC CGL 2016, candidates can know the correct answers to the questions asked in the SSC CHSL 2015 Written Exam and expect their chances to check the exam.