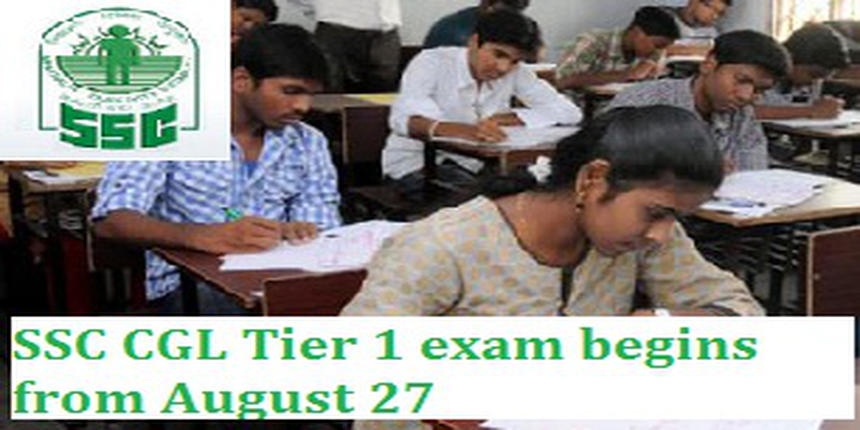 As per exam pattern of SSC CGL 2016, the Tier 1 online examination is a 75 minutes (1 hour and 15 minutes) test comprising a total of 100 objective-type questions. Maximum marks allotted to the examination are 200 with a negative marking scheme of 0.50 marks for each incorrect response. The question paper of SSC CGL 2016 Tier 1 exam has four sections including General Intelligence & Reasoning, General Awareness, Quantitative Aptitude and English Comprehension. Each of these four sections consists of a total of 25 questions of 50 marks.

The results of Tier 1 exam will be announced in last week of September. The test takers who shall qualify the Tier 1 examination of SSC CGL 2016 will be called in for the second tier which is scheduled to be held in November 2016. Check here for important dates of SSC CGL 2016 exam.

As per the revised selection pattern of SSC CGL 2016, there shall be no personality-cum-interview test from now onwards.

The SSC CGL 2016 examination is being held for as many as 3815 vacancies in various different categories of Ministries/ Departments/ Organisations.

My qualification is 12th and i am exservicemen. Can i appear for Group C posts through SSC CGL EAXM

No you can not appear for the SSC CGL exam because to appear for SSC CGL, you must have the Bachelor's degree in any of the field.

The eligibility criteria for SSC CGL are -

But with 12th level qualification you can appear for SSC CHSL exam.