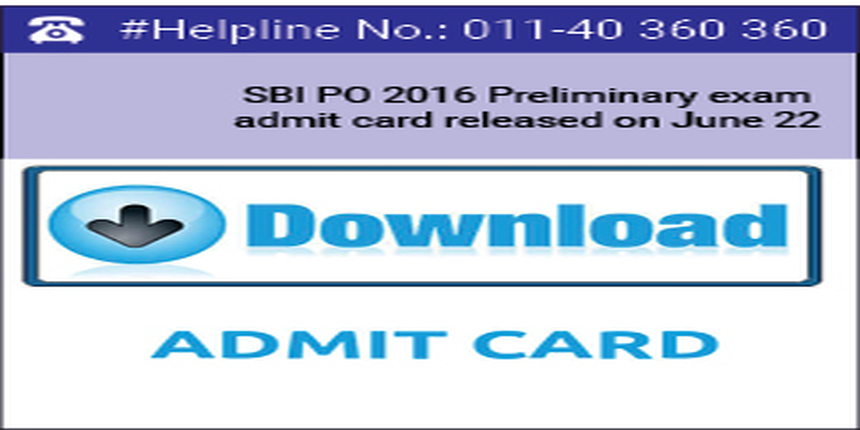 The SBI PO 2016 Preliminary admit card can be downloaded through the online window by entering the candidate’s roll number or registration number and password or date of birth in the relevant boxes.

Qualifying candidates of SBI PO 2016 Preliminary exam will be called to appear in the Main exam, which is scheduled to be held on July 31.

Of 2,200 vacancies announced for this year, a total of 1,028 have been announced for the General category, while the remaining is available for SC, ST and OBC candidates.

Over 20 lakh candidates were reported to have registered for the Preliminary exam to be conducted on July 2, 3, 9 and 10 this year.