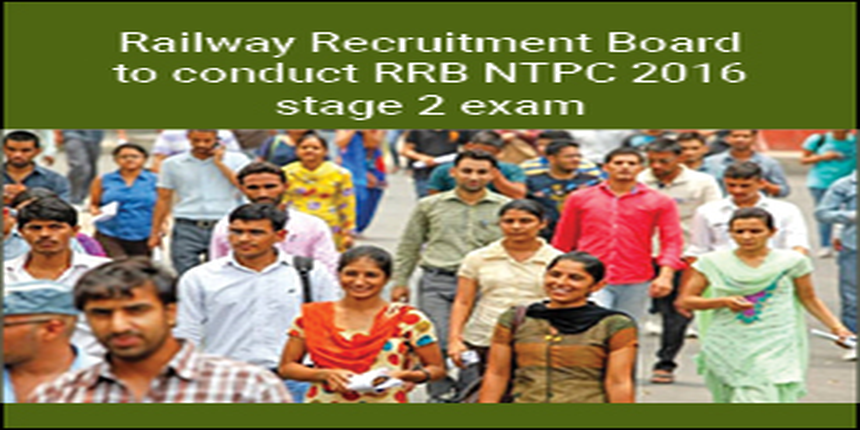 The Railway Recruitment Board (RRB) has decided to conduct the second stage of examination for RRB NTPC 2016. The RRB NTPC 2015 stage exam will be conducted in a computer based mode either in November or December. Approximately 2.75 lakh candidates will be filtered for the stage 2 entrance exam from the merit list of RRB NTPC 2016 stage 1. Stage 1 result is scheduled to be released in by October.

The RRB NTPC 2016 stage 2 online exam will have 120 multiple choice questions from General Awareness, Arithmetic, General Intelligence and Reasoning. The duration of the exam will be of 90 minutes.

The examination authority will declare the RRB NTPC result 2016 for stage 2 exam within two months after the conduct of online entrance test. RRB NTPC 2016 Stage 2 result will be declared for only those candidates who will secure qualifying marks as per their category. While preparing merit list the examination authority will adopt the process of normalisation. The marks obtained in the Aptitude Test/Typing Skill Test (wherever applicable) will also be considered at the time of declaring the final result.

Stay tuned to medicine.careers360.com for more news and feature related to RRB NTPC 2016