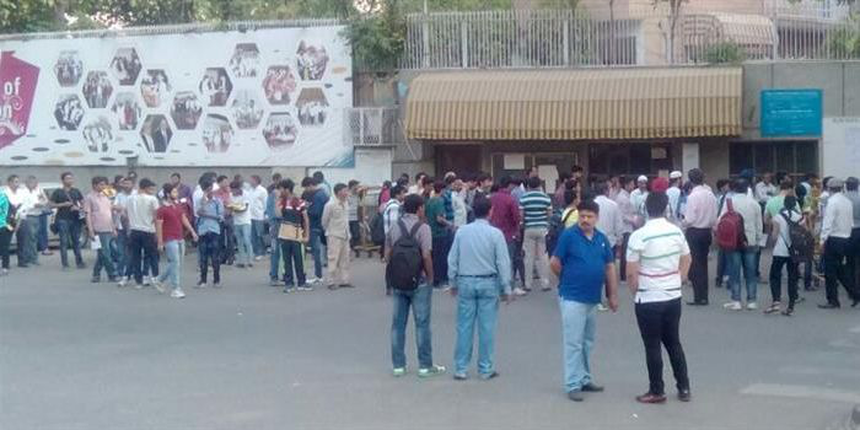 Earlier, NTA had announced the exam dates and registration dates for UGC NET December session, however, the admit card and result dates were not announced.

Though the exam authority has revised the result and admit card dates, the registration dates for UGC NET 2018 remain the same. Aspiring candidates can fill the application form of UGC NET 2018 for December session from September 1 to 30, 2018, in online mode.

UGC NET is conducted twice a year for determining the eligibility of candidates as Assistant Professors and to award Junior Research Fellowship (JRF). UGC NET is held for two papers - Paper I and II. Both the papers are compulsory for all candidates to take. Based on their performance in both the papers, candidates will be considered qualified in UGC NET. Candidates who opt for appearing exclusively for Assistant Professor are not considered for JRF.

UGC NET Dates 2020 has been announced by NTA. Aspirants can ch...

Can I be eligible for UGC NET ENVIRONMENT SCIENCE after MSc in Biotechnology?

Yes you are eligible for UGC NET Environmental Science after Msc in Biotechnology.

The educational requirements are listed below

50% aggregate marks (without rounding off) in master’s degree or Equivalent Degree - For ST/SC/OBC/ PWD/ Transgender Candidates.

JRF : Not more than 30 years for open category applicants. A relaxation of upto 5 years is provided to the candidates belonging to OBC- Non Creamy Layer (OBC-NCL)/SC/ST/PwD/Transgender categories and to women applicants.

Dear aspirants, I would like to know the proper strategy correspondence or online mode to prepare for UGC NET examination in English . The suggestions are highly required regarding suitable books and suitable coaching institute to join. Shall be highly grateful to you for guiding me on this

If you want to study online for free, you can do that with the help of ample study material on the Internet. You can also get youtube explained videos for free. What I would suggest is that try to get hold of some good coaching materials meanwhile. It will help structure your study plan and you will know exactly what to do and how to do.
If you want to go for coachings, these are some of the prestigious ones:

I want to apply for ugc net in mass communication and journalism in future, but for that should I do mba in media management, mba in media and entertainment or mba in communication management? Also, kindly mention if their is any other mba program that will help me reach my goal.

To attempt UGC NET, you must have qualified any masters /post graduate degree from ugc recognized university and you must have minimum 50% in same as per eligibility criteria. Courses mentioned by you make you eligible for the exam. All the three courses are basically related to communication management, however differ in some aspects such as digital advertising or marketing or management or public relations management. For more information, kindly visit the link given below

I have graduated B.A. without honors. now I am doing Masters from IGNOU. can I apply for UGC NET ?

Yes, you are eligible for the UGC NET exam because to apply for the exam candidates must have masters’ degree from the approved and recognized universities and IGNOU is a UGC approved University as per the latest eligibility criteria which is described as below :-

To apply for JRF your age must not exceed 30 years or if you are from SC/ST/PWD/OBC candidate then you will get 5 years age relaxation but for assistant professor no age criteria is applicable.

For more details refer to the link given below :-

Hello, I have passed ugc net and csc set both exm in 2019 by using ews certificate, In west bengal ews certificates validation is one year, so my question is that if I do not renewed my certificate then my net set certificate will be cancelled or not?

For the award of Junior Research Fellowship, the UGC NET certificate remains valid for 3 years from the date of issue and for lectureship, it is vaild  for lifetime.

Your UGC NET brochure has been successfully mailed to your registered email id .