IBPS SO 2017 CWE VI notification out; Applications to begin on Nov 16 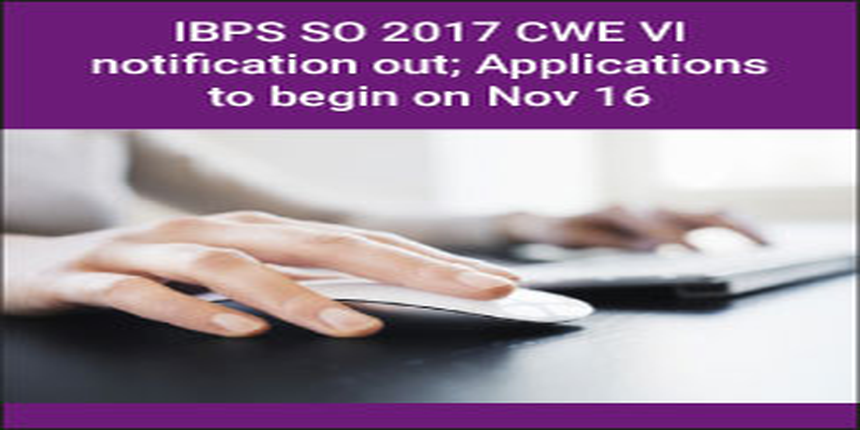 IBPS SO CWE VI- The online registration IBPS SO 2017 CWE VI will begin from November 16, 2016 according to the official notification released by the Institute of Banking Personnel Selection (IBPS). IBPS SO 2017 recruitment exam will be conducted for a total of 4122 Specialist Officers (SO) in 20 participating public sector banks. The IBPS SO 2017 application form can be filled on or before December 2, 2016.

Candidates can fill the IBPS SO 2017 application form in the online mode.  The registration process of IBPS SO 2017 can be completed in five steps where the first stage involves obtaining the online registration number while the second and third stages include uploading photograph and making payment.

Candidates with a minimum age of 20 years and maximum of 30 years as on 1 November, 2016 are eligible to apply for IBPS CWE SO VI. Along with this candidates must have graduated in requisite discipline from a university recognised by the Government of India or any equivalent qualification recognised as such by the government.

Stay tuned to medicine.careers360.com for more news and feature related to IBPS SO

IBPS so cutoff in prelims for marketing officer?

Thanks for connecting with Career 360.