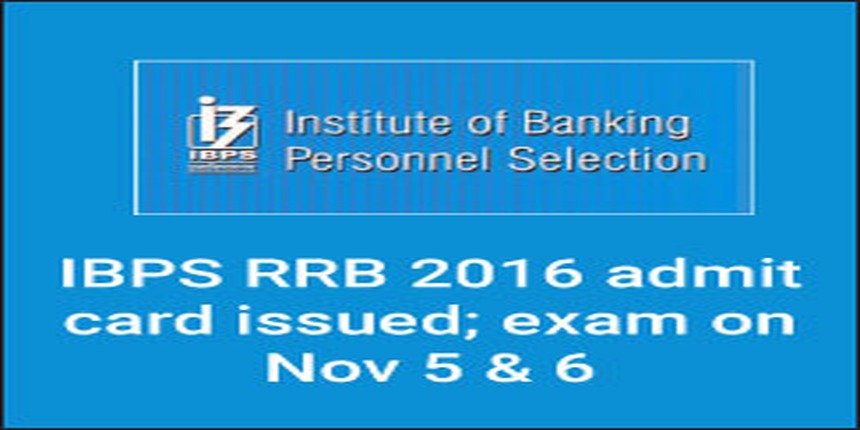 Institute of Banking Personnel Selection (IBPS) has issued RRB 2016 admit card for preliminary exam of Officer Scale I vacant positions on October 18 as the examination is scheduled to be held in two-day online window of November 5 and 6, 2016. The admit card for IBPS CWE RRB V Officer Scale-I preliminary examination can be downloaded by accessing candidate’s login account. The IBPS RRB 2016 applicants who have applied for the Officer Scale-I vacancies can download their call letters through the official admit card link available in this page.

The banking personnel selection institute has notified that the IBS RRB 2016 call letters (admit cards) can be downloaded till November 6, 2016. Candidates can download their admit cards (hall tickets) of IBS RRB V 2016 preliminary exam for recruitment of Scale-I officer positions in English as well as Hindi languages.