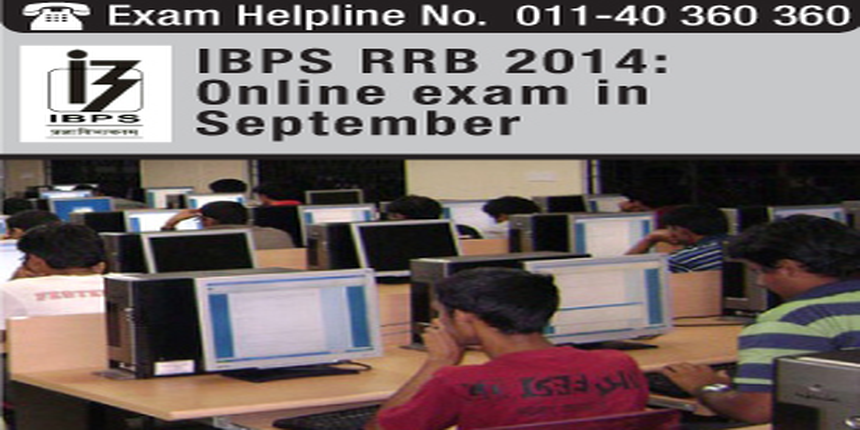 The recruitment through this exam will be made broadly for two categories of vacancies – Group A Officers (Scale – I, II, III) and Group B Office Assistants (Multipurpose), IBPS said.

IBPS will conduct pre-examination training for the eligible candidates tentatively in the last week of August and first week of September, 2014.

According to IBPS RRB eligibility criteria, the age limit for candidates applying for various designations is ranging from 18 years to 40 years. Also, a degree in any discipline from a recognized university is must for the candidates applying for any of the vacancies announced. However, other qualifications have also been prescribed specifically for different job categories.

The CWE, with total duration of 2 hours, will carry around 200 questions of maximum 200 marks from various subjects including Reasoning, Quantitative Aptitude, General/Financial Awareness, Language (English or Hindi) and Computer Knowledge.

To get shortlisted for the next round, the candidates will have to secure minimum qualifying marks and above in each test and also in aggregate scores in CWE. The candidates, who qualify in CWE, can apply for relevant jobs in any of the participating banks, when that individual RRB issues advertisement for interviews.

The IBPS has also announced the IBPS RRB 2014 Important dates, in its notification. IBPS RRB 2014 Admit Card for candidates applying for Group A and Group B vacancies is expected to be available online in last week of August and first week of September respectively. IBPS RRB 2014 Result will be announced tentatively on November 5, 2014.

The IBPS was set up by the Banking Industry in 1975 as an institute to provide it help in mainly three ways – recruitment, placement and promotion. The institute is catering to the selection needs of the industry for the past 26 years.