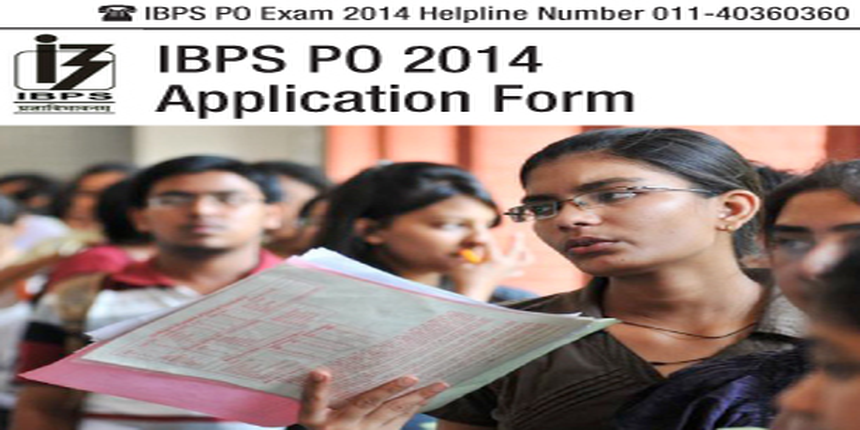 IBPS PO 2014 - Institute of Banking Personnel Selection (IBPS) has announced registration of application forms for IBPS PO 2014 Common Written Exam to be held in October this year to fill up around 22,000 vacancies of Probationary Officers/Management Trainees or similar posts in around 20 public sector banks across India.

The application process begins on July 22, and will continue till August 11, 2014. The registration of the candidates will be done in online mode only.

Candidates can fill up IBPS PO 2014 online application form by clicking the link below.

Click here to fill up application form for IBPS PO 2014.

The IBPS PO 2014 Eligibility Criteria say the candidate must be a graduate in any discipline from a recognized University or should have any other equivalent qualification. He/she should be aged between 20 years and 30 years as on July 1, 2014.

The IBPS PO 2014 Important Dates for application are as below:

According to IBPS PO 2014 Paper Pattern, the 2-hour IBPS PO 2014 online examination will consist of 5 tests – Reasoning, English Language, Quantitative Aptitude, General Awareness and Computer Knowledge – carrying a total of 200 questions of 1 mark each. For every wrong answer marked in the objective-type tests, 0.25 marks will be deducted as negative marking.

The IBPS PO 2014 Admit Card will be available for downloading tentatively in October 2014 and IBPS PO 2014 Result of CWE is expected to be declared in November 2014.