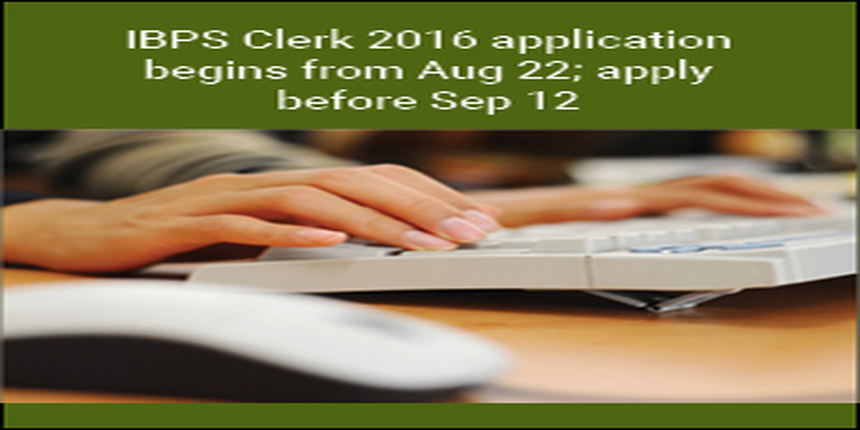 The IBPS Clerk 2016 online registration begins from August 22, 2016 as per the official release announced by conducting body the Institute of Banking Personnel Selection (IBPS). The application form of IBPS Clerk 2016 can be filled till September 12, 2016.

Candidates with a minimum age of 20 years and maximum of 28 years as on August 1, 2016 are eligible to apply for IBPS Clerk CWE VI. Along with this candidates must have graduated in any discipline from a university recognised by the Government of India or any equivalent qualification recognised as such by the government.

Stay tuned to medicine.careers360.com for more news and feature related to IBPS Clerk 2016

IBPS Clerk Cut off 2019 - IBPS will release IBPS Clerk 2019 cut off after the declaration of resu...

What is the graduation percentage needed for taking admission?

When it comes to IBPS Clerk, there's no specific aggregate required for graduation. One just needs to have passed graduation in any discipline from a recognized university

Apart from this, it's imperative to have proficiency in official language of the state or union territory for which one has applied.
Read More
Answer
Answer Later
Report
2 Views

Hello Arti,
At the time of filling your application for IBPS PO CLERK exam you are not asked to provide caste certificate.You have to enter primary details like your name, email id contact number etc and upload a scanned passport size photo and signature and a written declaration note.
But at the time of counselling you need to carry your caste certificate along with other required. SC/ST/OBC candidates must provide caste certificate issued by the competent authority in the prescribed format by Government of India.This is just enough.
I hope this is helpful to you.
Read More
Answer
Answer Later
Report