May 10: UPTET 2021: Know all about exam pattern and important details

The Uttar Pradesh Teacher Eligibility Test popularly known as the UPTET is conducted to determined the eligibility of the candidates to be recruited as Teachers for primary (class I to V) and elementary level (class VI to VIII) schools in Uttar Pradesh. The UPTET exam is conducted by Uttar Pradesh Basic Education Board (UPBEB) in offline mode. There are two papers - paper I and II wherein paper I is for those who wish to teach class 1 to 5 while paper II is held for those who wish to become teachers of classes 6 to 8. Candidates can appear in either of the two papers or can appear for both. The UPTET 2021  exam will be held at various centres across 75 districts of Uttar Pradesh.

In order to qualify UPTET, candidates need to secure the minimum qualifying marks which is 60% for general while 55% for reserved category. Candidates qualifying the exam will be awarded TET eligibility certificate whose validity is 5 years.

What is full form of UPTET?

UPTET stands for Uttar Pradesh Teachers Eligibility Test. The UPTET is conducted by Uttar Pradesh Pariksha Niyamak Pradhikari, Prayagraj every year or as per the vacancies. UPTET is one of the most popular exams and candidates for the recruitment notification eagerly. The exam becomes very competitive as a lot of candidates apply for it every year.

Uttar Pradesh Basic Education Board (UPBEB) had earlier issued the UPTET 2021 notification on March 15 in which they had mentioned that the detailed notice will be released on May 11 and the UPTET application form 20121 would be released on May 18. However, since the state was marred by the second wave of COVID 19 pandemic, there has been delay in conducting the UPTET 2021 exam which was scheduled to be first held on July 25. The UPTET 2021 notification is out on October 7, 2021.

UPTET 2021 exam is one of the popular entrance tests for the post of teachers. The UPTET exam statistics of the past years indicate how many candidates had registered for the UPTET 2021 exam. 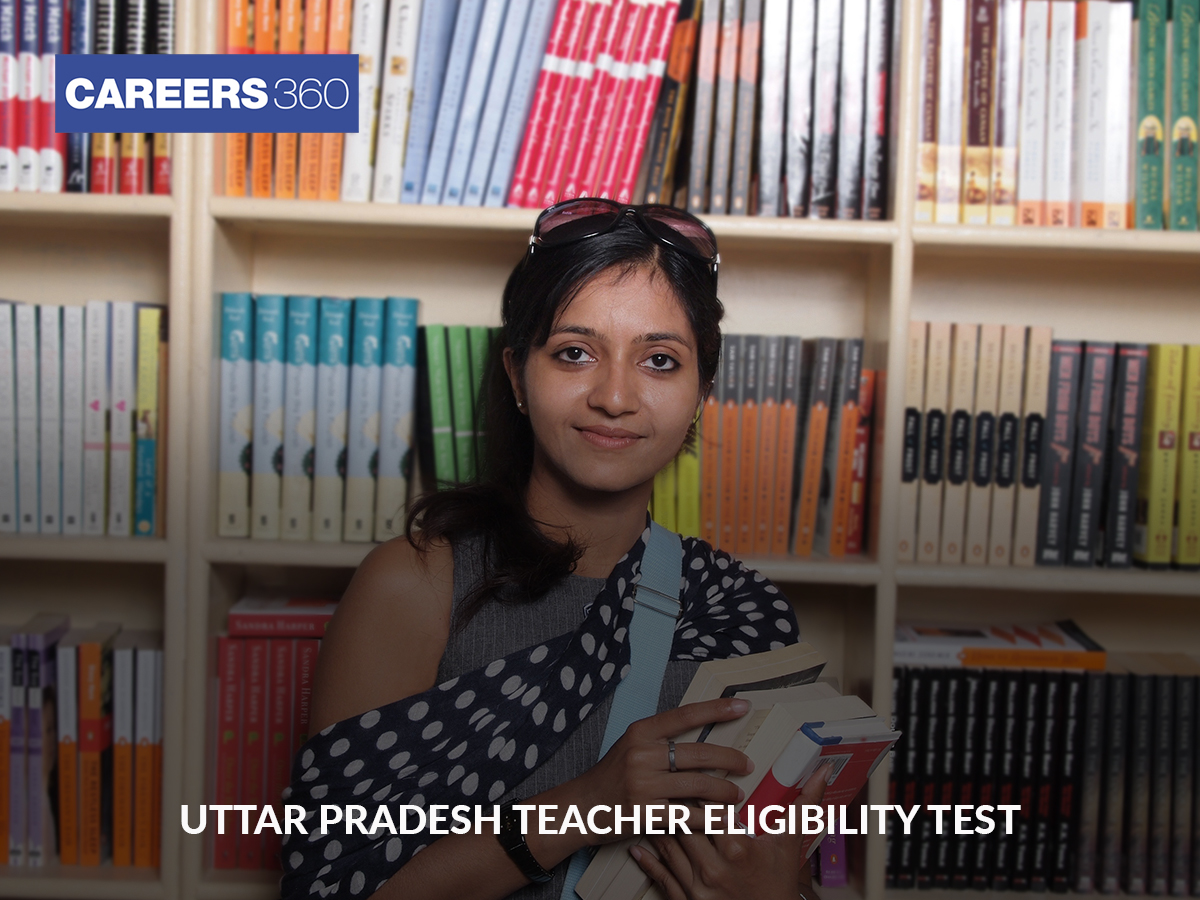 Uttar Pradesh Basic Education Board (UPBEB) prescribes the UPTET eligibility criteria 2021  which includes the academic qualifications, age criteria and nationality of the candidates.

Age Criteria: Candidates who are between 18-35 years old, they are eligible to appear for the UPTET 2021 exam

Academic Qualifications: Those candidates who have completed their graduation or are in the final year, they will be eligible to apply for the UPTET 2021 exam

Nationality of the citizens : Candidates who are citizens of India, Tibet, Bhutan and Nepal, they will be eligible to apply for the UPTET 2021 exam.

UPTET Eligibility Criteria - Class I to V (Paper - I)

Candidates must have passed bachelor’s degree from a recognized university and must be in 2 years of D.El.Ed (B.T.C) from NCTE recognized institution

Or, candidates must have completed a bachelor’s degree from a recognized university and 2 years diploma ( D.Ed ) from NCTE

Or, candidates who have scored 45% marks in graduation and have B.Ed degree

Or, Candidates must have a graduation degree and a diploma in teaching from Aligarh Muslim University

Or, candidates must have scored 50% marks in class 12th or its equivalent and should have passed or appeaing in B.El.Ed

Or, candidates with graduation degree and they must have be appearing or completed two years of B.T.C(Urdu, Special Education)

Candidates with 50% marks in graduation and must be appearing or passed B.Ed/B.Ed special education from Rehabilitation Council of India(RCI).

Or, they must have secured 50% marks in Senior Secondary or its equivalent and also they must have passed/appearing in final year of four years of B.A / B.Sc .Ed or B.A.Ed./B.Sc.Ed

Or, candidates must have scored 50% marks in class 12th or its equivalent and also they must have passed/appearing in final year of four years of Bachelors in Elementary Education ( B.El.Ed)

Or, they must have a bachelors degree with at least 50% marks and must have passed or appearing in one year of B.Ed (Special Education)

Steps for filling the online application form of UPTET 2021 -

Having the right strategy can help in cracking the exam without any difficulty. Hence UPTET preparation tips 2021  includes what are the books that the candidates must consult while they prepare for the exam, time management, subject wise planning etc.

In a highly competitive environment, UPTET 2021 preparation tips will also help the candidates identify the right kind of study material from where they can prepare. In the present scenario a lot of preparation material for UPTET 2021 exam is available in offline mode as well as in online mode.

Paper I is held for the candidates who have applied for primary classes (I to V). There will be a total of 150 (MCQs) questions carrying one mark each. No negative marking will be done for any incorrect answer

Paper II will be conducted for candidates who have applied for class VI to VIII. There will be a total of 150 (MCQs) questions and each question carries one mark. No negative marking will be done for any wrong answer.

UPTET admit card will be released on the official website in online mode on November 17, 2021. Candidates are to note that they must carry a valid photo ID as well as the marksheet of their graduation/class 12 or class 10 in original to the exam hall to appear for the exam.

Uttar Pradesh Basic Education Board will release the provisional UPTET answer key in online mode for both paper I and II on December 2, 2021. The official answer key of UPTET will be released for Set A, B, C and D. Candidates can download the same to cross-check their answers. Candidates can raise objections in the answer key of UPTET in case of discrepancies till December 6, 2021. The final official UPTET answer key will be published on the website after being scrutinized by experts on December 24, 2021.

Uttar Pradesh Basic Education Board will announce the result for UPTET in online mode on December 28, 2021. UPTET result will be announced for the written exam for both paper I and paper II. The result of UPTET is announced in the form of login window. Candidates can access their UPTET result by entering their registration number and password in the login window. The result contains details like name, roll number, marks scored by the candidates. On the basis on UPTET result , candidates are awarded eligibility certificate which will be valid for 5 years.

Only those candidates who have secured the minimum qualifying marks that is decided by Uttar Pradesh Basic Education Board (UPBEB) will be announced as qualified in the exam. The authority releases the overall qualifying cutoff marks. In addition, district-wise cutoff marks for all the candidates will be announced separately. The factors that are considered while deciding the cutoff of UPTET are the availability of seats, number of applicants and previous years’ cutoff trends. The qualifying marks for General category is 60% whereas SC/ST/OBC candidates is 55% marks.

Question:When will the UPTET 2021 notification be released?

Question:How can I apply for UPTET 2021?

In order to apply for UPTET, candidates must visit the official website and fill the application form.

Question:When will the UPTET application form be released?

Question:Can I take the test of both paper I and II if I meet the eligibility criteria for both?

Yes. If you are eligible, you can apply for the both the paper of UPTET 2021.

Question:Is there any age relaxation given by UPTET exam authority to the female candidates?

No, the age relaxations have been given on the basis of categories only and not gender.

Question:Are the papers for both Paper I and Paper II the same in UPTET?

As per the UPTET exam pattern 2021, both the papers of UPTET are different. The papers are different in the sense that Paper I is held for Primary Level and Paper II is for Elementary Level.

Question:Can I apply for UPTET exam in online mode?

No, the UPTET 2021 exam is conducted in offline mode only.

Candidates who filled the application form can download the admit card of UPTET from the official website after login in with application number.

Question:What after the UPTET result 2021 declaration?

The shortlisted candidates will be awarded with UPTET  eligibility certificate after declaration of result of UPTET 2021 . They are also eligible for applying in government schools of Uttar Pradesh.

Question:What is the validity of UPTET eligibility certificate?

The validity of UPTET eligibility certificate is for life long

after doing my graduation i have done d el ed from nios board (18 mnths) am i elegible to fill uptet form ?

Did you completed your D.El.Ed course?

If your course is of only 18months your are not eligible for UP-TET but if you are appearing for final exam in D.El.Ed then you can appear for UP-TET.

As the basic eligibility criteria for UP-TET is that you have to pass 12th/Graduation with any subjects. Then have to complete atleast 2 years course of D.El.Ed/B.Ed from any government recognized institution.

For more details regarding the exam, you can visit the link given below,

Yes if you did the DElEd course for 2 years in any board or in open school board i.e. NIOS you are eligible for UPTET.

The basic eligibility criteria for UPTET is,

You should clear graduation in any discipline from a University Grants Commission (UGC) recognised university or college. However, after the completion of graduation, pursuing a two-year Diploma in Elementary Education (DElEd) is mandatory. Candidates in the final year of DElEd are also eligible to apply.

For more information regarding UPTET, you can visit the link given below,

There could be. Technical glitch that must be preventing you from filling up the form smoothly. However,I would suggest you to review your form properly so as to check whether or not you've mentioned all the details carefully. Also there are specific browser for the form fillup which you can use for doing the same smoothly. Those are Google Chrome, Mozilla Firefox but in the updated version. Please try out the steps suggested here and reach out if you face any more troubles.

I have filled UPTET form and made a mistake in filling PAN Card number .. will it impact me any how ?

Hope you are doing great! If you have filled the uptet form but made a mistake in filling PAN Card number then I sure you that it is a silly mistake you don't need to worry about that but if there is any editing or any contact number then you must correct it but if not any option then leave it and start your preparation right now with full dedication.

How many marks from UPTET will I get admission in B.Tech by lateral entry?

Here by I am providing a link, kindly visit the link for more information:

Hope this answer will help you.

2 Hours 30 Minutes
Request Answer
The question have been saved in answer later, you can access it from your profile anytime. Access now
Report Question