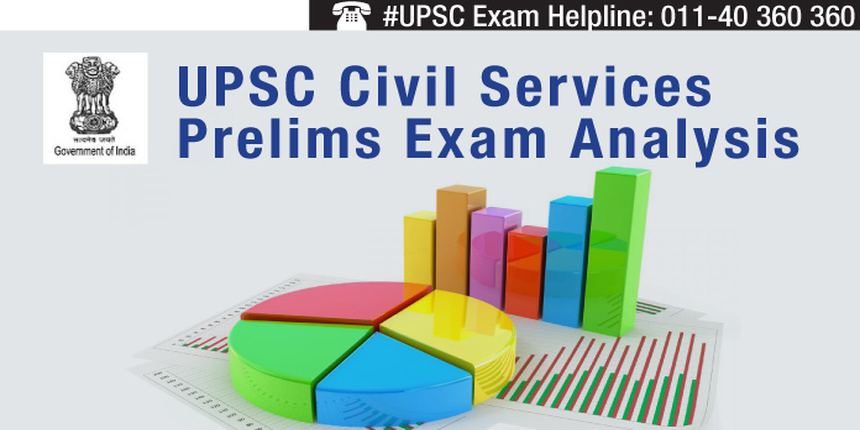 UPSC Civil Services 2015 Prelims Exam was successfully conducted on August 23, with as many as 4.65 lakh candidates appearing at various exam centres across the country. Overall the paper was rated moderate to difficult level by the candidates who appeared in the coveted exam conducted for selection of IAS, IPS and other civil services. According to most of the candidates, Paper I was tough and Paper II was easy than the last year’s papers in the UPSC Civil Services 2015 Preliminary Exam.

UPSC Secretary Ashim Khurana informed that a total of 465882 candidates took UPSC Civil Services 2015 Prelims Exam as compared to 451602 candidates of last year, registering an increase by 14,280. While 945908 had applied for the coveted exam, as many as 681549 candidates were reported to have downloaded their UPSC CSP E-Admit Card, added the UPSC Secretary.

As per UPSC Civil Services paper pattern, General Studies Paper I consisted of 100 questions of 2 marks each, making it a 200 marks paper with questions asked from various general subjects, including History, Geography and General Science, etc. The General Studies Paper II, however, carried 80 questions, of which, most were based on Comprehensions. Each question in this paper carried 2.5 marks with a total of 200 marks. For every wrong answer, one-third of the marks allotted to that question were set to be deducted as negative marking applied in the prelims exam.

As opined by a number of candidates, General Studies Paper 1 was toughest part of the exam due to unexpected presence of data-type questions in Economics section. A total of 100 questions asked in this paper included a larger participation from Environmental Ecology, Bio-diversity and Climate Change, World and Indian Geography.

“I found the Paper 1 tough because data and report related questions in economics section. Apart from that the Paper 1 was doable easily. Also a number of questions were from Bio-diversity.” says Dolly Singh, an UPSC CSP aspirant, who appeared from Patna.

“There was abundance of questions on oceonography and agriculture in Geography. Not too many questions I found from General Science. Many questions were asked from Indian Polity section,” says Animesh from Delhi.

Most of the candidates found General Studies Paper II to be an easy one, with no questions from Decision Making & Problem Solving. Comprehension section retained its dominance with as much as 50% contribution in the Paper II which had 80 questions in total.

“There were 14 to 16 Comprehensions with 7-8 large ones and an equal number of short ones. There were some questions from Logical Reasoning and Basic Numeracy. However, no question was asked from Decision Making & problem Solving. Overall, Paper 2 was an easy-to-do for me,” says Saumya, a Kolkata-based candidate.

To qualify the preliminary exam, this year, it was necessary to secure at least 33% marks in this section. After last year’s protest against CSAT paper pattern, UPSC this time was conscious enough in making proper Hindi version of the paper. Many students expressed their happiness over the right use of Hindi language in the paper.

“Unlike last few years, this time Hindi version of the paper was quite comprehensive. It did not seem to be translated from its English version using Google. The use of proper language will help a number of Hindi medium candidates qualifying the exam this year," says Kanhaiya Panday, a candidate from Gorakhpur.

Stay tuned to competition.careers360.com for more news and articles on Civil Services Exam