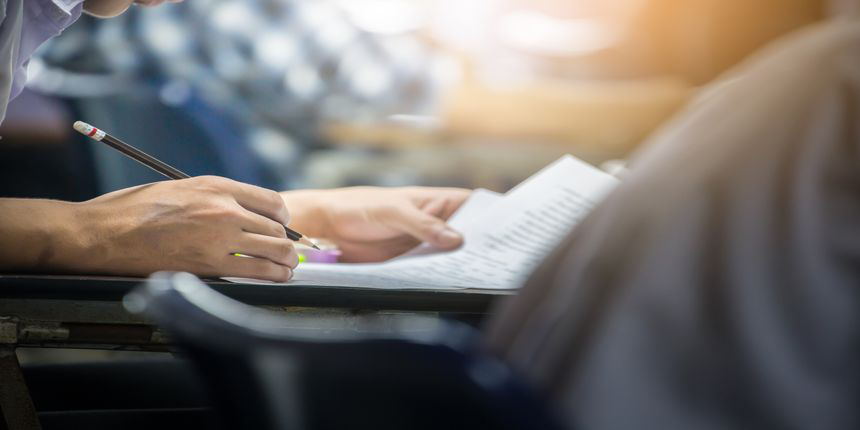 Latest: Check SSC MTS Cut off 2019 to know marks required to be qualify for selection.

The cutoff is the minimum qualifying marks that candidates need to secure to qualify the exam and become eligible for the next round of selection process. SSC MTS Cutoff will be applied for Paper I and Paper II. Earlier the cut off SSC MTS 2019 for paper-I was declared by commission on November 5, 2019. While SSC MTS 2019 cutoff for Paper I will be released in December, 2019. Candidates securing equal to or more than the cutoff marks will be shortlisted for Paper II. SSC will decide separate qualifying marks for Paper II. Candidates can check below the previous year’s SSC MTS cut off.

The admit card of SSC MTS 2019 Paper - II has been released on November 14, 2019. Candidates can download SSC MTS admit card online by entering registration ID or roll number and date of birth. All candidates who successfully qualified in paper-I of the exam are assigned roll numbers depicting in SSC MTS admit card to appear for the exam. The SSC MTS 2019 admit card includes the candidate’s name, photograph, signature, roll number, exam date, time, exam centre, application number and name of papers. Candidates must carry at least one photo identity proof to the examination centre. In case, candidates are not issued admit cards before the exam should immediately contact the regional offices of SSC along with the proof of having submitted the application.

Candidates who appeared in SSC MTS paper -I exam can check their result which is result in online mode on November 5, 2019. SSC MTS paper-I result includes cut off marks of qualified candidates along with total number of candidates for the respective category and separate region. On the basis of SSC MTS 2019 result of Paper I, candidates are shortlisted for Paper II. SSC has also fixed qualifying marks for Paper I select suitable candidates for the next round of selection process. SSC MTS Paper II is qualifying in nature, however, candidates need to secure the cutoff to qualify the exam. SSC MTS result of paper II will be declared after the conduct of the exam. Candidates will be finally selected based on their performance in Paper I provided they qualify Paper II. The marks of candidates will be released a few days after the declaration of SSC MTS result as per regions.

Vacancies of SSC MTS are decided by the Regional Offices of the Commission in different States / Uts. The exact vacancies have not been announced by the examination authority, however, 10,000 vacancies are expected to be announced. The exact number of vacancies will be intimated to the candidates on the authorities website from time to time. Candidates can check below last years’ SSC MTS vacancies.

The application form of SSC MTS was released on April 22. The last day to apply for SSC MTS was May 22, 2019. The application form of SSC MTS is filled in two parts. In Part I, candidates had to first register for the exam by submitting their basic details. In application Part II, candidates were required to pay the examination fees and upload scanned images of photograph and signature. SSC MTS examination fee is Rs 100 for General and OBC category while SC, ST, Physically Handicapped and Ex-Servicemen, Women candidates are exempted from fee payment. Candidates can pay their fee through online bank challan, SBI net banking, credit or debit card. The steps to fill SSC MTS application are explained below.

The computer-based test of SSC MTS paper 1 was conducted in 337 venues spread throughout the country. Candidates have to enter their preferences of exam centres while filling the application form. Change in examination centres are not allowed therefore, candidates have to choose the same carefully. The city, name and address of SSC MTS 2019 exam centres will be mentioned on the admit card. The list of few SSC MTS exam cities is given below.

List of some SSC MTS 2019 Exam Centres and their codes

SSC MTS exam comprises two papers – Paper I and II. The Paper I as per SSC MTS exam pattern is a Computer Based exam consisting of 100 objective type multiple choice questions (MCQs) of 100 marks. There are four sections - General Intelligence & Reasoning, Numerical Aptitude, General English and General Awareness. The exam will be in both languages i.e., English and Hindi. Candidates will get 90 minutes to solve the questions. As per marking scheme, 0.25 marks will be deducted for wrong answers. Paper II is a pen and paper mode that includes descriptive type questions. Candidates in this paper are given to write an essay or letter in English. Total marks allotted to this paper are 50. The detailed SSC MTS 2019 exam pattern of Paper I and II are given below.

Staff Selection Commission (SSC) every year conducts the exam for recruiting candidates. Though minimum age limit to apply for SSC MTS 2019 exam is 18 years and the maximum age limit is 25 years, however, relaxation in age limit is given to various reserved categories.

Question: What are the posts under SSC MTS recruitment?

Question: What is the level of exam?

Question: Who are eligible for SSC MTS?

Candidates who have passed their Class 10/matric and are in the age group of 18 to 25 years can apply for SSC MTS 2019.