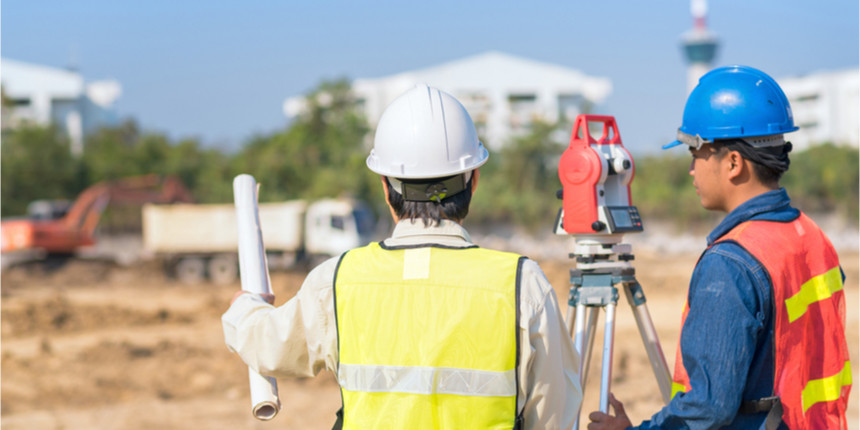 SSC JE 2019 – The official notification for SSC Junior Engineer (JE) 2019 has released on August 13, 2019, at official website in online mode. Candidates can fill the application form for SSC JE 2019 from August 13 to September 12, 2019. Applicants whose age is between 18 to 32 years and have degree or diploma in engineering can fill the SSC JE 2019 application form. According to the selection process of SSC JE, candidates for the post of Junior Engineer (Civil, Electrical and Mechanical) will be selected on the basis of their performance in Paper I and II. In 2017, as many as 5,69,930 candidates had appeared in the Paper I exam, out of which 5855 candidates had qualified for Paper II. Know below the details related to SSC JE 2019 recruitment exam. SSC JE exam will be conducted for two papers - paper I and II. The exam dates of SSC JE 2019 will be announced soon.
Latest Update - SSC JE 2018 Admit Card Available. Download admit card region-wise here!

The dates related to exam, application, admit card, declaration of result, answer key and cutoff are given below.

The eligibility criteria prescribed for SSC JE 2019 examination is given below.

Number of candidates appeared in Paper I in 2017

The syllabus of JE has been prescribed by the SSC. It comprises chapters and their topics. The standard of questions in engineering subjects will be of diploma in engineering (Civil/ Electrical/ Mechanical/Electronics) level. SSC JE syllabus of Paper I and II are given below.

Syllabus of SSC JE (Paper I)

The cutoff of SSC JE is the minimum qualifying marks that candidates have to secure to qualify the exam and become eligible for appearing in the next round of selection process. SSC JE 2019 cutoff will be released for Paper I, II and final allotment. On the basis of cutoff of Paper I, candidates will be selected for Paper II. SSC decides the Paper II cutoff to call candidates for document verification. Candidates are provided allotment based on the final cutoff. The final cutoff will be calculated based on the marks scored in Paper I and II by last qualified candidates. SSC JE 2019 cutoff is released category-wise and post-wise along with the result. The previous years’ SSC JE cutoff is provided below.

Candidates qualified in Paper I

The official cut off scores is published by the examination authority on its official website.

Question: Will SSC release my scorecard along with the declaration of result?

No, first the commission will declare the result and after a couple of days, authorities will release the scorecard of SSCC JE exam.

Question: What should I do if there is a mistake in my admit card?

In case of any mistake in the admit card, candidates must immediately contact the commission to get it changed.

can you notify me whenever new form for ssc je civil will be declaired 2020. how so i know about that

SSC most probably release the notification for SSC JE civil examination in the month of July ,2020 and most probably the application forms will release in the month of August. You can get up to dated with the notifications by checking the official website of SSC or you can also get notified via newspaper , internet or social media so be active during those days on the respective platforms.