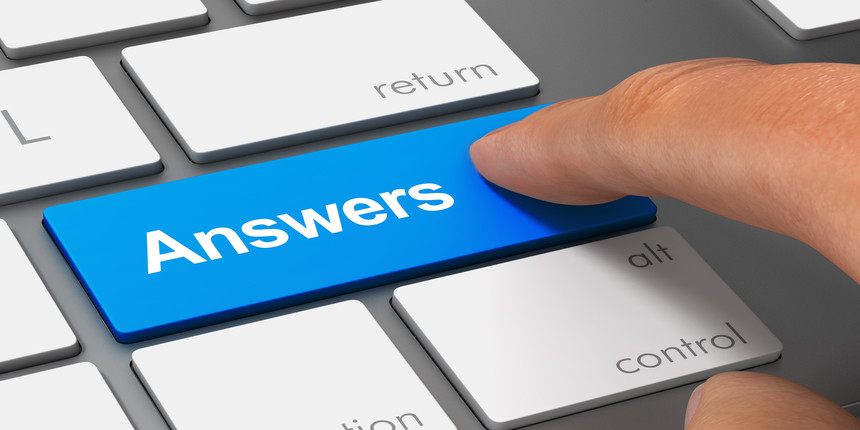 SSC has released SSC CHSL 2018 final answer key along with the question paper on September 13, 2019. Candidates qualifying tier I of SSC CHSL 2019 will be eligible to appear for next round selection process. In case of any discrepancy in the answer key of SSC CHSL 2019, candidates can submit representation against the wrong answer with valid proof within the fixed time limit provided by SSC. Candidates need to pay Rs. 100 as a requisite fee to challenge each answer. The challenges submitted against SSC CHSL answer Key 2019 will be reviewed by the experts. SSC will then release the final SSC CHSL 2019 answer key. Read this article below to know more about the answer of SSC CHSL. 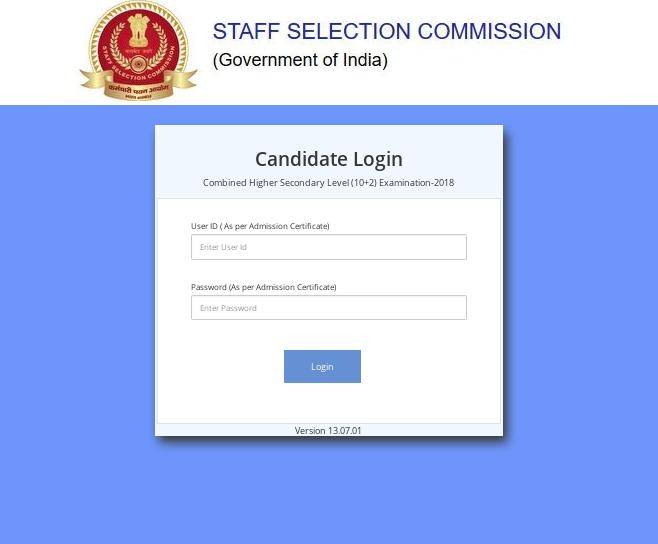 The dates related to the answer key of SSC CHSL for the years 2018 and 2019 have been provided below.

The answer key of SSC CHSL 2019 will be available online. Candidates can check the steps to download SSC CHSL answer key 2019 below.

Step 1. Go to the official Website of SSC - ssc.nic.in.

Step 3. A new page with login window appears on the screen.

Step 4. Enter user ID and password in the login window.

Step 5. SSC CHSL answer key 2019 will be displayed on the screen.

Step 7. Match the answers and check the number of correct and incorrect answers.

SSC releases the tentative answer key of SSC CHSL. If a candidate finds any discrepancy in the official answer key she/he can challenge the answer key within the time limit provided by SSC. Candidates need to submit Rs. 100 per answer online. The steps to challenge SSC CHSL answer key 2019 is given below.

The results for SSC CHSL is declared in three phases – Tier 1, 2 and final. The result of SSC CHSL 2019 will be available online in PDF format. Candidates qualifying the Tier I by securing the cutoff as per their category released by SSC will be shortlisted for Tier 2. The qualifying percentage for Tier 2 is 33%. The selection for Tier 3 is done on the basis of candidates’ performance in Tier 1 and 2. Candidates who qualify the skill test/typing test i.e. Tier 3 are called for document verification. The final allocation of candidates is done depending on the merit released by SSC.

Does the cut off of ssc chsl will increase after Typing test and DV ?

The cut off depends on various factors such as number of vacancies available, difficulty of exam, number of candidates appeared in the exam and other factors.It is not possible to say whether the cut off may increase or decrease.But over the years if you see the cut off trends it has been increasing.

You can refer the link below for other detailed information

Hello sir, I have entered my 10th mark in SSC CHSL application form for 2020 exam.Am I eligible to write exam?Would they call me up for the examination? So worried about this..Please let me know.. Thanks Sangavi

Hello
I could not understand what you are trying to say. There is no post number in ssc chsl application form. If you are talking about address post then i dont think it will make a big mess. But for post preference there is no option given for Selection. You are just asked about DEO if you had science in 10+2 and nothing else.
Read More
Answer
Answer Later
Report
168 Views