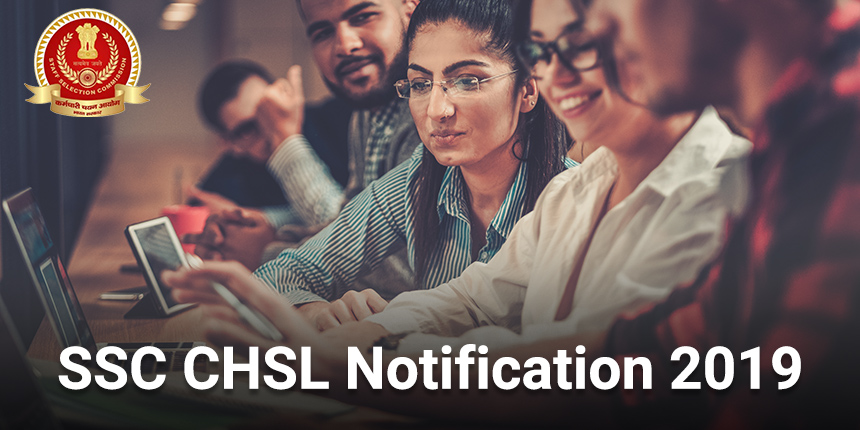 Staff Selection Commission has released notification of Combined Higher Secondary Level (CHSL) exam on December 3, 2019 in online mode at ssc.nic.in. Along with releasing the SSC CHSL notification 2020, Commission has also released application form. The last date to apply SSC CHSL online is January 10, 2020. It is to be noted that last date to pay SSC CHSL application fee 2020 is also January 10. Before filling SSC CHSL application form 2019, candidates must check the eligibility criteria and exam centres.

Candidates can check the dates pertaining to SSC CHSL application form and other important events related to exam from the below mentioned table.

As Staff Selection Commission will release SSC CHSL 2019 notification aspirants can fill the form. Candidates who want to apply SSC CHSL 2020 online must abide by the below mentioned steps so that they can successfully register for the exam.

Question: What is SSC CHSL Salary ?

Question: What is SSC CHSL ?

SSC CHSL is 10+2 competitive exam but due to high level of number of applicants participating in exam, it becomes difficult to qualify this exam

Question: Which is the best post in SSC CHSL?