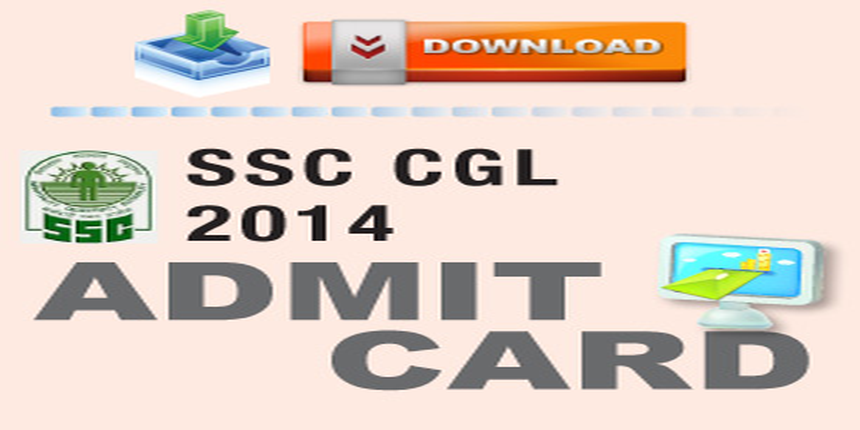 SSC has released the SSC CGL 2014 Call Letter on its respective portals for each region. Candidates can download their SSC CGL 2014 Hall Ticket by clicking on the respective link provided below.

Download SSC CGL 2014 Call Letter by clicking on respective region-wise link given below:

Candidates appearing for the exam are suggested to ensure that they get their SSC CGL 2014 Admit Card by post or online as soon as SSC releases it. No candidate without Call Letter for SSC CGL 2014 will be allowed in the examination centre.

The commission declared Exam Pattern and Selection Process, with announcing Important Dates for the competition exam in January. The Admit Card for SSC CGL 2014 has been already released. Result for online exam will be tentatively announced in December 2014.

where do i get mock test q papers? i have paid for the test

Hii Roopa!
If you have paid for mock tests to a certain firm or portal, you will be getting the question papers on the respective website itself. Sorry, but you haven't mentioned the name of the firm in your question. It would be better for us to answer your question in detail if you restructure your question and ask agin including the necessary details. If you are not getting the mock test question papers even after paying, you can contact the helpdesk of the respective firm and ask them about the query. Hope you understand.
Good luck!
Read More
Answer
Answer Later
Report
6 Views

Can i apply all post in SSC CGL after completing graduation

Can i apply all post in SSC CGL exam

No you can't apply for all the posts in SSC CGL exam.

For more information you can refer to the link given below -

Harshita, Yes , you are eligible for SSC Cgl examination as to be eligible for ssc cgl examination, there's no requirement of minimum percentage or something like that you just need to be a graduate in any subject from a recognized university.
So , you don't need to worry about percentage obtained by you in your class 12th and graduation at all.
Also to be eligible minimum age limit for for SSC cgl is 18 years while the maximum age limit is 32 years.

Hii Vijay!
The main aim is to clear the overall cutoff and make a place in the merit list for SSC CGL. You can't expect any job before clearing tier 1 + tier 2 + tier 3  atleast. This is because clearing only tier 1 will not make you eligible for merit list, then, there's no use of it. Yes, if you get good marks in each tier, it will make you eligible for the next tier and eventually add on to your merit list. Thus, only after clearing all the 4 tiers you can expect a good job. Hope this helps.
Good luck!
Read More
Answer
Answer Later
Report