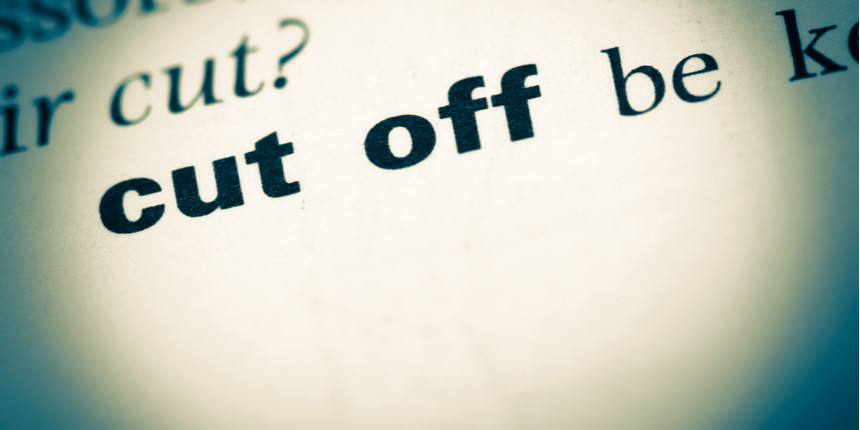 A lot of factors are responsible for determining the cutoff for RRB ALP exam. The different factors that have to be taken into account for calculating the RRB Trivandrum ALP cutoff are mentioned below.

CBT 1 stage is qualifying in nature. It is conducted to shortlist applicants for the CBT 2 stage. The marks of this stage are not taken into account while preparing the final RRB Trivandrum cutoff.

For the CBT 2 stage, the number of applicants selected are 15 times the number of vacancies announced. CBT 2 has two parts i.e. part A and B. Marks secured in part A are considered for shortlisting applicants for the next stage whereas part B is of qualifying nature. The minimum marks required to clear these two parts is also prescribed by the Board. Check the minimum marks required in part A and B in the tables below.

Applicants appearing for RRB ALP exam need to appear for the computer based aptitude test - CBAT. Aspirants selected for this round are 8 times the number of vacancies announced. They are selected based on their score in CBT 2 part A and B. CBAT stage has five test batteries and applicants need to secure a minimum 42 marks in each of them to qualify this stage.

The number of applicants called for document verification is equal to the number of vacancies released. The final RRB Trivandrum cutoff is prepared by taking in account the performance of applicants in the CBT 2 - Part A & B and CBAT stage.

Applicants can check the RRB ALP cutoff 2020 of different regions on the regional website of the RRBs, the links for the various RRB ALP cutoffs regions are provided in the table below.

Question: Where can I check the RRB ALP cutoffs?

The RRB ALP cut offs are released on the regional websites of the various RRBs.

Question: What is the minimum age to apply for the RRB ALP examination?

The minimum age required to be eligible for RRB ALP exam is 18 years.

Question: What is the RRB ALP exam pattern for the different stages of the selection process?

Question: How many stages are there in the RRB ALP exam?