RRB ALP 2018 - Railway Recruitment Boards (RRBs) have rescheduled RRB ALP Document Verification (DV) dates. RRB ALP 2018 exam which was scheduled to be held on August 12 and 15 will be conducted on August 22 and 23, 2019 respectively. To appear for the DV, the examination authority has already released admit card for document verification on June 8, 2019. The admit card is available online where candidates need to enter user id and date of birth to download the admit card. Candidates who have been declared qualified in CBAT have been issued admit card for DV. RRBs had also released the scorecard and result for CBAT on June 4, 2019. RRB ALP 2018 result was available in pdf format. 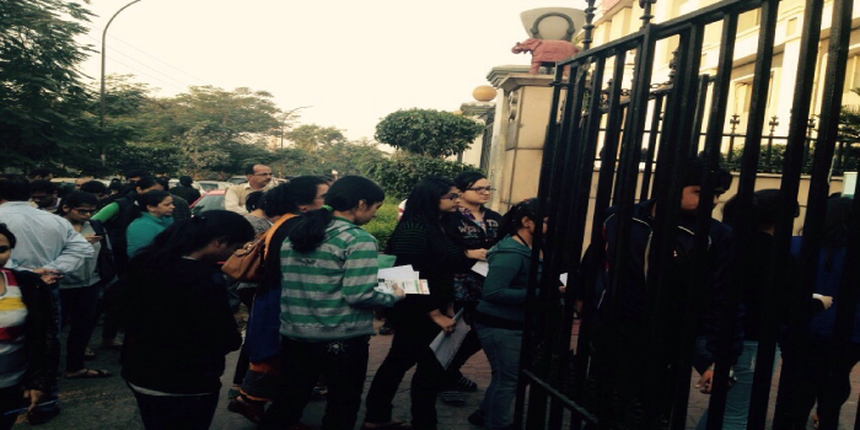 RRB ALP is conducted for recruitment of Assistant Loco Pilot and Technician in Indian Railways. The recruitment exam comprises four stages – first stage, second stage, Computer Based Aptitude Test (CBAT) and Document Verification. Through RRB ALP 2018 recruitment exams, total 64,371 candidates will be recruited for the posts of ALP and Technicians.

RRBs have made some changes in the number of vacancies for Technician category - Hearing Impairment (HI) and Locomotor Disability (LD). According to the revised vacancies, 1 backlog vacancy has been added to HI category, while 7 backlog vacancies ahve been added for LD category for the recruitment of Technicians.

Check RRB ALP important dates 2018 including the issue of admit cards, exam dates, declaration of result etc from the table given below.

The result of RRB ALP 2018 is declared in four stages – First Round CBT, Second Round CBT, Computer Based Aptitude Test and Document Verification. Candidates will be shortlisted for each stage of the exam on the basis of candidates’ performance in the previous test. The result of this stage is to qualify applicants for the second stage of the exam. Second Stage CBT will be held in two parts, Part A and Part B. The score of Part A will be considered to shortlist candidates for the Computer-Based Aptitude Test. However, candidates will also need to secure the qualifying marks in Part B to qualify for the same. Marks secured in Part A of Second Stage CBT along with the marks of Computer-Based Aptitude Test will be compiled to prepare a merit list based on which candidates will be selected for document verification. Marks secured by applicants will be normalized at each stage of CBT.

The qualifying marks of all stages of RRB ALP 2018 have been declared by Railway Recruitment Board along with the notification. However, RRB will also determine merit-based cutoff to shortlist candidates for each round separately. RRBs will release the cutoff of various regions anytime soon. Various factors such as the number of candidates appearing for the exam, availability of vacancies and difficulty level of the exam will influence RRB ALP cutoff 2018. Applicants securing more than or equal to the cutoff score in Part A of Second Round and Computer-Based Aptitude Test combined will be called for document verification round. The qualifying cutoff of all stages of RRB ALP has been provided below.

Qualifying Cutoff for each stage of RRB APL 2018

Candidates can check previous year’s cutoff of RRB ALP from the table below.

First Stage CBT - Marks of the first stage CBT were used to select candidates for second stage CBT. Marks have been normalized in this stage to declare the result for this stage.

Second Stage CBT - Candidates shortlisted for this stage is 15 times the category-wise vacancy of ALP and Technician position. This stage of the exam was conducted in two parts – A and B.

Computer-Based Aptitude Test - Candidates equal to 8 times the number of vacancies available in each category will be shortlisted for this test. Applicants will be selected on the basis of marks secured in Part A of Second Stage CBT provided they have qualified Part B of the same.

Document Verification - Candidates will be shortlisted for document verification based on their combined score in Second Round CBT Part A and Computer-Based Aptitude Test (AT). The number of applicants called for DV will be equal to the number of vacancies available, i.e. 26502 candidates. Of the total vacancies available, an additional 50% of candidates will be called for verification of documents. However, the later will be offered the positions only if vacancies are available after the selection procedure for the 26502 candidates have been successfully completed. Applicants will also need to go through a Medical Fitness Test, failing which will result in the cancellation of candidature.

The exam pattern of RRB ALP 2018 includes the total number of questions, marking scheme, and duration of the various stages of the exam. As per RRB ALP exam Pattern 2018, the exam is conducted in three stages – First Stage CBT, Second Stage CBT and Computer-Based Aptitude Test. First Stage CBT consisted of 75 objective type questions and was held for 60 minutes. Total marks allotted for the first stage CBT was 75. For a correct answer, candidates will score 1 marks while for wrong answer 1/3 marks will be deducted. Second Stage CBT contains two parts – Part A and B. Part A had 100 questions while Part B comprised 75 questions. Part A was conducted for 90 minutes whereas Part B was held for 1 hour. Candidates who have applied for ALP post will have to appear for another stage - Computer Based Aptitude Test. This test will be held in five test batteries. Applicants will need to secure a minimum of 42 marks in each test battery to qualify the test. Marks will not be deducted for incorrect responses in Computer-Based AT. The complete exam pattern of each stage has been provided in the table below.

RRBs had released the mock test link for the second stage CBT on January 14, 2019. To take the mock test, candidates had to log in with their user ID and password. RRB ALP mock test was released for candidates to understand the functionality of the online exam. Practising mock test help candidates improve their question-solving ability and effective time-management skills. The mock test of RRB ALP for first stage CBT was released prior to the conduct of the test.

Date of birth of candidates should be between the dates given below:

The status to check application concluded on July 20, 2018. The application form of RRB ALP 2018 was available online from February 3 to March 31 (till 11:59 pm). The application fee for general category was Rs. 500 while that of candidates belonging to SC/ST/OBC was Rs. 250. A fee could be paid both online and offline. Candidates can modify their photographs by clicking on the link below.

The following steps were required to successfully complete the registration process.

Size/format of Photograph and Signature:

Question: Will I receive the admit card through posts?

Yes, the examination authority will release the scorecard of RRB ALP along with the declaration of the result.