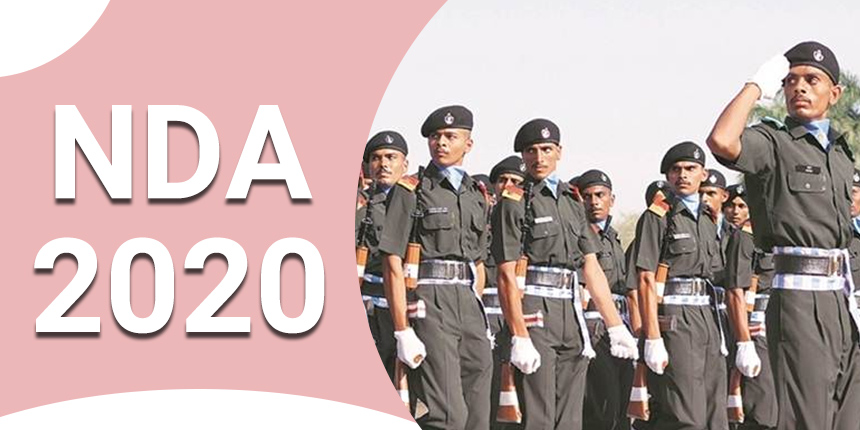 NDA is being conducted to recruit 418 candidates where 370 is for NDA and 48 for NA. 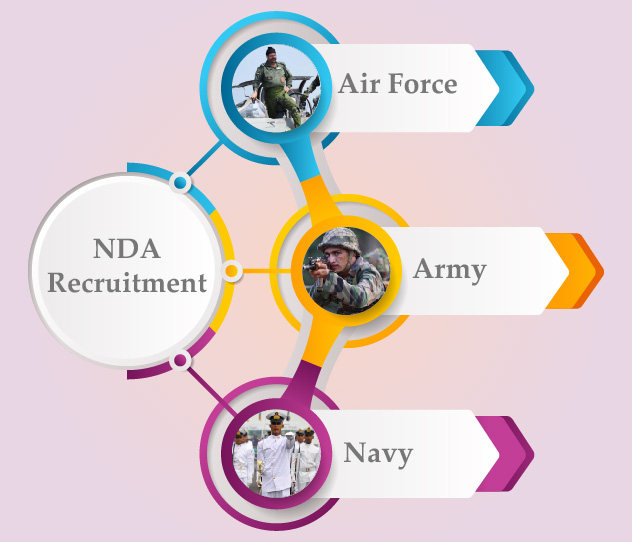 To apply for the UPSC NDA 2020, candidate must meet the eligibility criteria determined by UPSC. NDA exam eligibility must be met on the grounds of the following factors:

How to fill NDA 2020 Application Form

In order to fill the application form of NDA exam 2020, candidates have to fill it in the following two parts:

Part I of NDA application form

UPSC is expected to release the admit card of NDA exam 2020 on May 22, tentatively. Candidates will be able to download NDA 2020 admit card by entering either registration number or roll number. NDA admit card carries details like candidate’s name, the address of allotted exam centre, date, time of the exam, roll number, category, photograph, signature etc. Candidates must carry their admit card to the examination centre on the day of the NDA exam 2020 along with one of the prescribed photo ID proofs - Aadhaar Card, Voter ID Card, Driving License, PAN Card, Passport.

Items that must not be brought for NDA 2020 Exam

Great preparation is the key to crack NDA exam 2020. In order to start off with the preparation, candidates must know the syllabus and exam pattern of the exam so that they know exactly what they have to study. Here are some points, by going through which, you will be able to ace with your exam preparation.

UPSC has prescribed the syllabus of NDA 2020 for all aspirants. NDA exam syllabus contains the topics and sub-topics under Mathematics and General Ability Test. The standard of questions in the exam was of matriculation and 10+2 level. Candidates can check below NDA syllabus.

According to NDA exam pattern, the test is conducted in pen and paper mode. The exam carries two papers, Mathematics and General Ability Test (GAT). The duration of each test will be 2 hours and 30 minutes. The Mathematics paper will carry a total of 120 questions while GAT paper will have 150 questions. Maximum marks allotted to the written exam is 900. As per the marking scheme, candidates for the correct answer in mathematics will score 2.5 marks. For the correct answer in GAT, candidates will score 4 marks. For the wrong answer, 1/3 of the marks assigned to that question will be deducted as penalty. The SSB Interview will be conducted for 900 marks.

The official NDA 2020 answer key will be released after the declaration of the final result. However, some of the coaching institutes will release NDA answer key within a few hours from the conclusion of the exam. Candidates will be able to download the answer key for all sets of subjects, Mathematics and General Ability Test (GAT). Using the answer key, candidates will able to check the correct answers to questions asked in the exam.

UPSC will announce the result of NDA 2020 written exam at upsc.gov.in. The result will be available online in PDF format which will display the roll numbers and names of qualified candidates. On the basis of the NDA result of written exam, candidates will be selected for SSB Interview for Intelligence and Personality Test. After the SSB Interview, the examination authority will prepare the final merit list. The final merit list is prepared on the basis of written exam and SSB Interview. Final admission will be offered to candidates based on their rank in the merit list. The authorities will also release the scorecard of NDA 2020 exam on its official website within 15 days from the date of announcement of the final NDA result. The scorecard will be available to download for a period of 30 days. The scorecard of NDA will display the following details –

In the selection process of NDA, there are two stages - written exam and Service Selection Board (SSB) Interview. All those who qualify in the NDA written exam will only be able to appear for the SSB interview.

The SSB Interview is conducted to test the intelligence and personality of the candidates. The process is broadly scheduled for 5 days. During these days, the selected candidates go through various tests that examine their further competencies. These five days includes Testing, Psychological Test, Group Testing Officers Test, Personal Interview and the Conference round. SSB interview includes Officer Intelligence Rating (OIR) test which is Picture Perception and Description Test (PP&DT) whereas stage II includes Interview, Group Testing Officer Tasks, Psychology Tests and the Conference. Candidates who pass all these stages will be finally recommended for the academy. There are 5 stages in the interview and group discussion of SSB NDA/NA. Candidates can check the stages below.

All those candidates who get admitted to the National Defence Academy (NDA) are paid a remuneration while training period too. Cadets are entitled to a stipend of Rs. 21,000/- p.m. during the training period at Indian Military Academy (IMA) and Officers Training Academy (OTA). Along with the payment of the determined stipend, cadets are also entitled to various allowances. The table below contains the pay scale and allowances of Army Officers, Officers in Air Force, and Navy.

Along with the basic pay, the Officers, also get the following allowances

While filling the application form, candidates can select the exam centre of UPSC NDA 2020 of their choice. NDA exam centre is the venue where the exam will be conducted. NDA exam is expected to be held at various centres at 41 cities across the country. The intimation about the allotment of NDA exam centres is given to the candidates through the admit card. The table below contains the list of cities where NDA 2020 exam will be held.

National Defence Academy (NDA) is an institute of global excellence in the field of military education. To get the most capable candidate admitted in NDA, Union Public Service Commission (UPSC) conducts NDA exam twice a year. This exam is usually conducted in April (NDA/NA I), and in September (NDA/NA II). Candidates who have passed or are appearing in 12th have only been given the eligibility to apply for this exam. Through NDA/NA I and NDA/NA II, UPSC seeks to fill up officer level vacancies in Army, Navy and Air Force. Naval Academy vacancies are also filled up through NDA/NA/NA exam. The most important stage in the selection process of SSB NDA/NA is the 5 days rigorous test that is conducted in order to choose the best candidate. During these 5 days, the candidates are tested on various grounds including their speed, intelligence, presence of mind, psychological and physical fitness.

How to Join Indian Air Force

Question: Can I join NDA immediately after completing 10th?

No, you are not eligible to join NDA after your 10th standard. You should have passed 12th standard or equivalent examination from a recognized board.

Question: Can I appear for NDA exam if I am not a Science students?

Yes, you can definitely appear for NDA exam even if you are not from Science background. However, you can apply for Army Wing of NDA only.

Question: I have a Tattoo on my left hand. Will I be allowed entry in NDA?

There are conditions applied with respect to Tattoos. Permanent body tattoos are permitted only on the inner face of forearms i.e. from inside of the elbow to the wrist of both the hands and reverse side of the palm/back (dorsal) side of both hands. Though, there are no restrictions on size or type of tattoo has been specified.

Question: What application fee will I have to pay if I belong to a reserved category?

Question: What salary will I get if I qualify NDA?

If your preparation is good and you have a strong hold of the syllabsu the, cracking the written part of NDA exam will not be a tough job. However, what is difficult to crack is the SSB interview and the medical round.