NDA Salary 2020 - Are you planning to apply for NDA 2020? Then you must be already searching for important information related to career growth of NDA officers and NDA Salary 2020. Apart from these, candidates might also be looking for answers related to the benefits that a candidate will get after being selected in the National Defence Academy (NDA). To clear all your doubts related to it, we are presenting you with this article which will help you get all your answers. So, let’s get started.
Latest- NDA 1 Admit Card 2020 to be released in the first week of May 2020. Start preparing by solving NDA Previous year’s papers 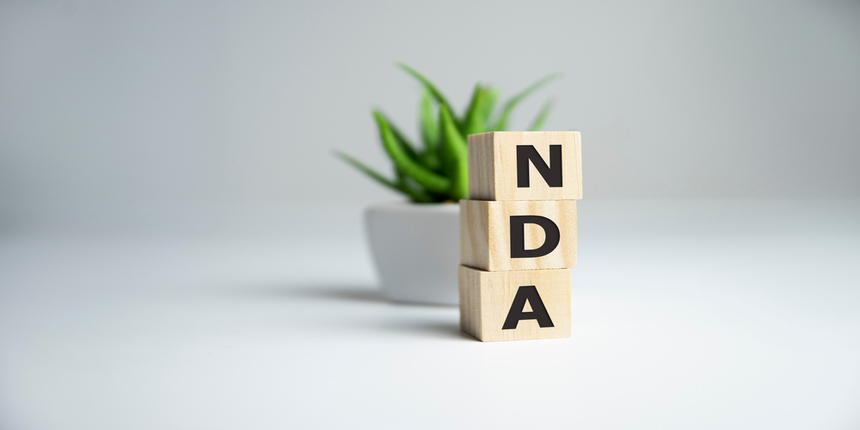 After qualifying NDA 2020, candidates go through a training period in the NDA academy. Post completing the 4 years training candidates get recruited and are entitled to a handsome salary ranging from Rs.15,600 - 39,100/- at the start which eventually grows with promotions.

In the following, table candidates can find the NDA salary structure.

Other relevant articles that Candidates may find helpful:

Yes, it’s not just a good but a great career opportunity. Candidates A1 government gazette officer along with getting high NDA salary and various other allowances.

Question: What are the job opportunities after NDA?

After qualifying NDA a candidate can become a Lieutenant, Major, Vice Chief of Army Staff/Army Commander/ Lieutenant General according to the promotions and various other parameters.

Question: How many jobs are there in NDA?

In every recruitment, approximately 400 vacancies are released by UPSC for NDA.

The written exam of NDA is not that tough, but the SSB interview is tough and is conducted for 5 days.

Question: Which rank is given after NDA?

Lieutenant rank is given after NDA.

Sir Diploma in eligible for NDA Exam Or not

Diploma students are eligible to appear in NDA exam. You should either be final year student in Diploma or you have completed your diploma to be eligible for appearing in the NDA exam.
Read More
Answer
Answer Later
Report
2 Views

Yes you can surely apply for NDA exam as you are eligible for the exam if you are in intermediate from open school and college.

For more details you can refer the site :https://competition.careers360.com/articles/nda-eligibility-criteria

Hey shaurabh,
Let me know you that NDA exam is held both in Hindi and English ,you can go according to your comfortable language
I wish good luck!
Read More
Answer
Answer Later
Report
2 Views

If A student Selected Stream Of Commerce Without Maths,then he will able to apply

since you have studies in commerce stream of 12th course you are eligible to apply for NDA army wing, the eligibility criteria is candidates must pass or appearing in 12th exam from a recognized education board. you must also satisfy the age and physical standard criteria.

for air force and naval winds the candidates who passed 12th from science stream with physics and mathematics is eligible to apply.