NDA Result 2021 - UPSC will announce the NDA 1 2021 result in the month of June, 2021, on the official website at upsc.gov.in. The link to download the NDA result 2021 will be provided on this page on declaration of the NDA 1 result 2021. The result PDF of NDA exam consists the names and roll numbers of all the qualified candidates. Only those who secure the minimum qualifying marks and clear the NDA 2021 cut off marks will be considered qualified in the entrance NDA exam. Those who qualify the NDA written exam result of NDA 2021 will be eligible to appear for the NDA SSB Interview. The authorities will release the final NDA 2021 result, taking the combined performance of applicants in the written NDA 2021 exam and interview round. NDA aspirants must read the article to know more about the NDA result 2021. 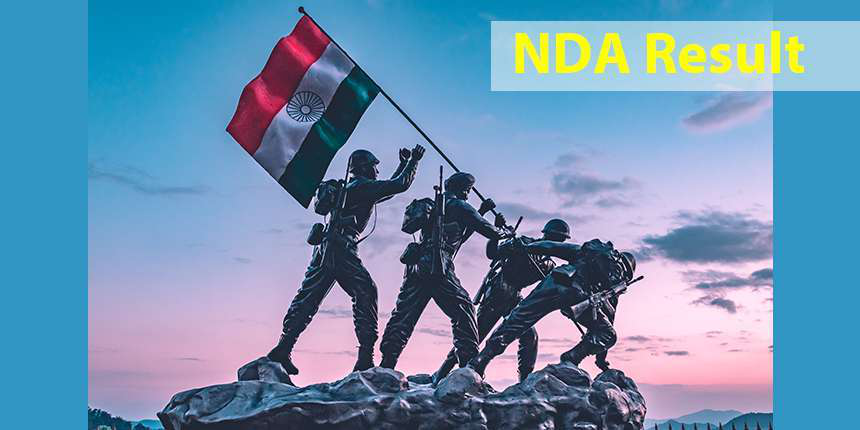 NDA 2021 candidates are advised to keep a track of all the important events related to the result. The crucial dates for NDA 2021 result are mentioned in the table below.

Step 2 - Click on the Final Results tab on the bottom right hand corner of the UPSC website.

Step 3 - Now click on the Examination Final Results link on the screen.

Step 4 - If the NDA result is not visible in the table first shown on the screen. Click on the View Archives link.

Step 6 - Using CTRL+F search for your roll number of name in the final NDA result list.

The NDA result is announced in two phases - first the result of the written exam is announced and then the final NDA result is declared after the conclusion of the SSB interview. To know more about the stages of the NDA exam check the points below.

UPSC is going release the scorecard of NDA 2021 after the completion of the SSB Interview. The scorecard will contains the name of the candidate and sectional and overall scores. A link to download the NDA scorecard 2021 will be provided on this page after its availability. Candidates must note that the NDA 2021 scorecard will only be available on the official website and can only be downloaded within 30 days from the date of its release.

What after declaration of NDA result 2021?

Candidates qualifying in both stages will have to submit their original certificates along with one photo-identity proof.

After completion of the SSB Interview, chosen candidates will be sent for medical screening where their physical fitness needed for the job is assessed by the medical officer.

When two or more candidates get the same score in the NDA exam, then the tie is resolved on the basis of the age of the applicants. That is older candidate will be given preference.

To be included in the merit list, candidates also need to secure the cutoff of NDA 2021, which will be released by the authorities. NDA cutoff 2021 is determined depending on the total number of candidates taking the test, total vacancies and the difficulty level of the test.

Question: How can I check the marks obtained by me in the NDA 2021?

Applicants can check the NDA 2021 result and marks on the UPSC official website upsc.gov.in. Candidates can download the NDA result pdf where the roll numbers and names of all qualified candidates are given.

Question: Which is the official website of NDA result 2021?

The official website for UPSC NDA result 2021 is upsc.gov.in.

There are no such fixed pass marks prescribed by UPSC. But as per the previous year cutoff trend, it may be expected that candidates must score at least 25% of the maximum marks in the NDA exam mathematics paper to clear the exam.

Question: What are the stages of the NDA 2021 result?

The NDA 2021 result is released in two stages. Initially, the commission releases the result of written exam followed by the declaration of the final result.

Question: When is the NDA 1 2021 result going to be declared?

Question: When is the NDA 2 result 2021 said to be released?

The final NDA merit list is based on the marks obtained by candidates in the written exam and SSB interview.

Question: Will UPSC send the NDA result 2021 hard copy to the candidate?

No, UPSC does not send the hard copy of the NDA result 2021 to applicants.

my age is 17 years and 3 month , how many attempts I have for NDA