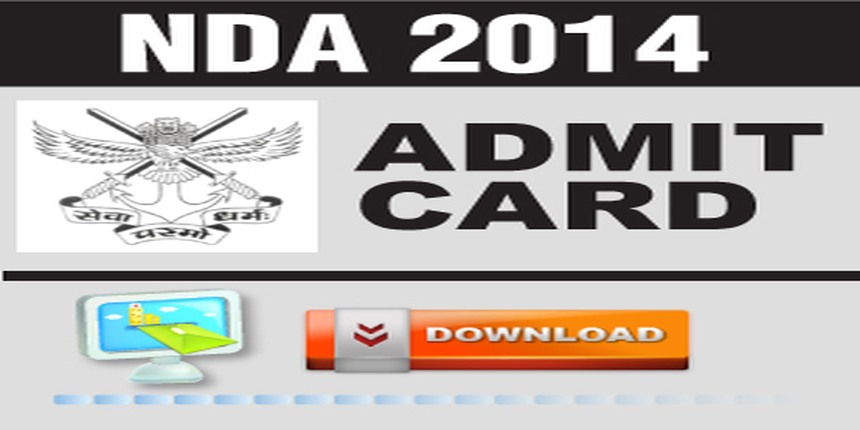 The candidate can download the E-Admit Card of NDA II 2014 by clicking on the link below. NDA II 2014 online Admit Card can be downloaded by any of the following three ways:
1. By Registration ID
2. By Roll Number
3. By Name

The candidate without their NDA II 2014 Call Letter will not be allowed in the respective examination centre in any case. They are advised to download their Call Letter for NDA II 2014.

UPSC has already announced Selection Process and Paper Pattern for NDA II 2014. Keep reading our articles to know about Result.