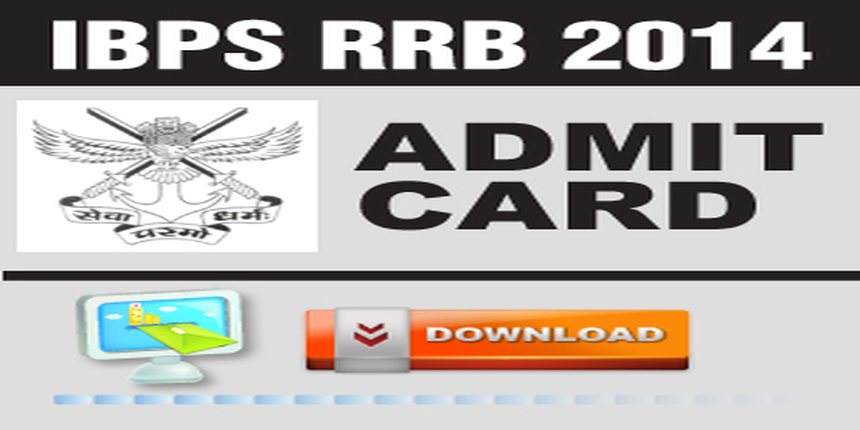 Registered candidates can download their IBPS RRB 2014 Online Exam Call Letter by entering their Registration Number and Password/Date of Birth.

Candidates can download their Admit Card for IBPS RRB 2014 by clicking the links below.

IBPS will not send the hardcopy of IBPS RRB 2014 Call Letter to any candidate by any way. The candidates are suggested to download their admit card for IBPS RRB 2014 Admit Card as soon as possible.

It is compulsory for the candidates to carry their Call Letter for IBPS RRB 2014 at the time of Common Written Exam and they should retain it till the end of the admission process.

IBPS has announced Selection Process and Paper Pattern for the exam. To know about Result, keep reading our articles.

IBPS will conduct online Common Written Exam (CWE) for recruitment of Officers and Office Assistants in 56 Regional Rural Banks (RRBs) across India, in a 15-day window beginning from September 6, 2014.

The recruitment through this exam will be made broadly for two categories of vacancies – Group A Officers (Scale – I, II, III) and Group B Office Assistants (Multipurpose).