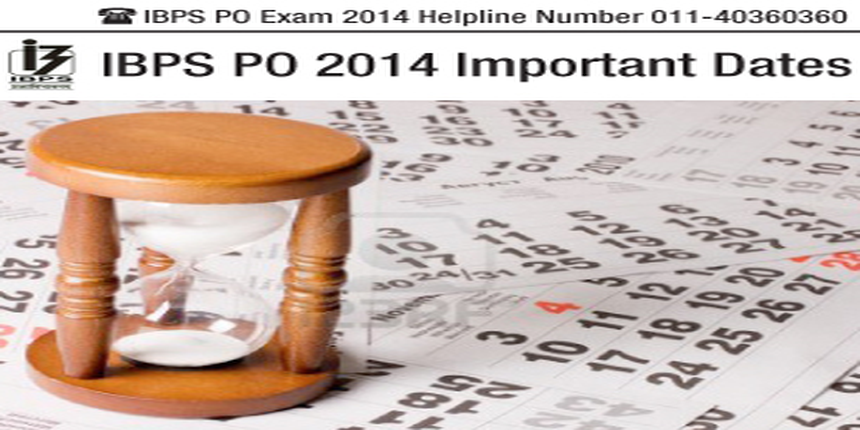 The admit card of IBPS PO 2014 will be available for downloading in October 2014. The IBPS is expected to announce the IBPS PO 2014 Result in November 2014.

The IBPS PO 2014 Important Dates are listed below:

IBPS announced the Eligibility Criteria and Important Dates schedule for IBPS PO 2014, along with opening registration of Application Forms in July.

Through this process, IBPS will fill up vacancies of Probationary Officers/Management Trainees or similar posts in various public sector banks across India.

This year IBPS has announced that there are 4336 vacancies in total for the post of Probationary Officers (PO). The original cut-off for the IBPS PO Mains 2019 exam will be announced soon but the expected cut-off for the exam is mentioned below that are based on various factors:

Please note that these are only expected cut-offs and are likely to change. The original cut-off will be nearby this range.

IBPS PO mains consist of 4 sections & Descriptive paper. Quant , Reasoning , General Awareness , English. Considering the difficulty level of the exam , various sites and channels predicted good attempts around 63 -66. If you have attempted around this, I strongly suggest you to start preparation for your next level. That is for your interview phase. If any doubts, pls feel free to ask !