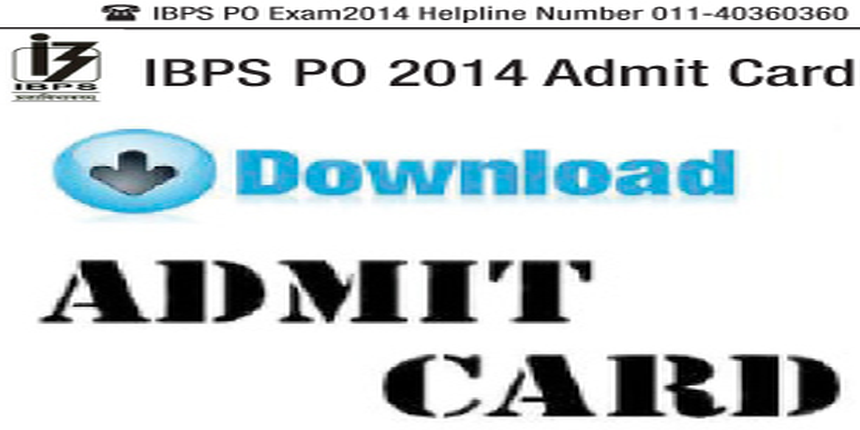 No hard copy of IBPS PO 2014 Call Letter will be sent to any candidate by IBPS by any way. Candidates should download IBPS PO 2014 Admit Card as soon as possible.

Students must carry IBPS PO 2014 Admit Card at Common Written Examination and the call letter should be retained by the candidates with them till the end of the process.

IBPS announced the Selection Process as well as the Paper Pattern in July. Keep reading our articles, to know more on dates of IBPS PO 2014 Exam and Result.