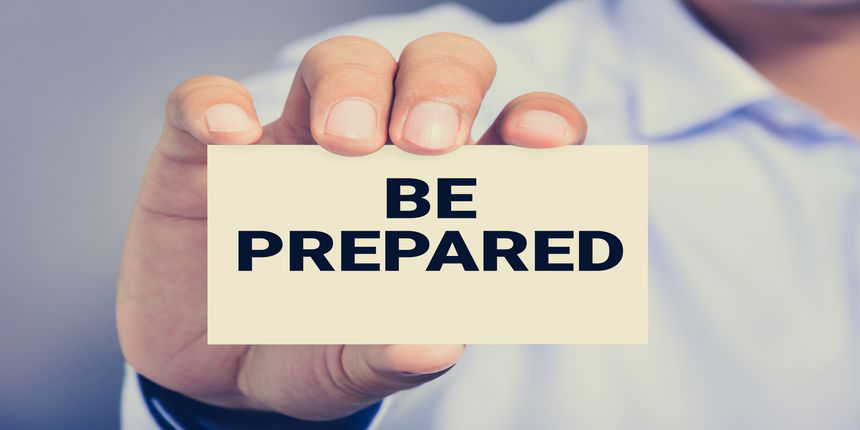 How to Prepare for SSC CHSL 2019 - Staff Selection Commission has released SSC CHSL application form on December 3, 2019 in online mode. Along with filling application form candidates should know how to prepare for SSC CHSL 2019 in details. Candidates who are equipped with the strategy so as how to crack SSC CHSL exam in the first attempt are more likely to be selected in the exam. SSC CHSL preparation strategy involves thorough knowledge of SSC CHSL exam pattern, syllabus, best books, question trends, and effective time table. In this article, we will systematically uncover the plan of how to prepare for SSC Combined Higher Secondary Level (CHSL) exam in one attempt only. This exam is one of the most popular among various other competitive exams as eligibility criteria to apply for this exam is merely passing of 12th standard only. Read complete article to know how to prepare for SSC CHSL.

Candidates who are determined for their selection in exam should religiously include below-mentioned ingredients in their strategic planning.

1. Be familiar with exam pattern

To compose strategy regarding how to prepare for SSC CHSL exam one should internalize the syllabus wholeheartedly. Many a time candidates preparing for Staff Selection Commission (SSC) CHSL exam don’t remember the complete syllabus on their tips of the tongue.

This quote by Dr. Seuss is apt for not only common people but more for the aspirants preparing for competitive exams. Books are an important instrument to prepare for SSC CHSL exam. They should choose, use & read SSC CHSL preparation books wisely. Candidates who are making the strategy of how to prepare for SSC CHSL exam should understand that good books play a vital role in candidate’s selection.

Unwrap the Strategy to secure your selection !!!

Stimulus to inspire
Being human we are often derived by materialistic things around us hence candidates who are making the strategy to how to prepare for SSC CHSL 2019 exam must know the job profile on which they will be designated after qualifying this exam. It will not only act as a catalyst in their preparation but will also inspire them to work hard to reach their goal.

Success and failure are part and parcel of life, One should never lose hope because some fine day things will be in their favor. Hence one should keep striving to achieve the best, if not at least they will be blessed with good.