How to prepare Current affairs for SSC CHSL 2019 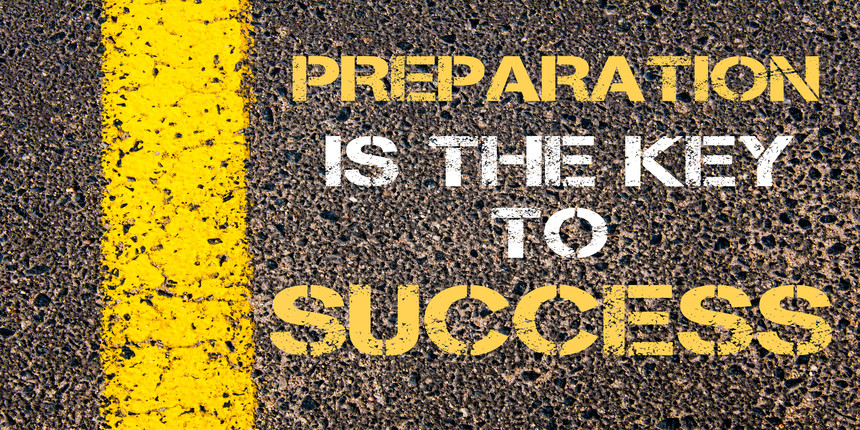 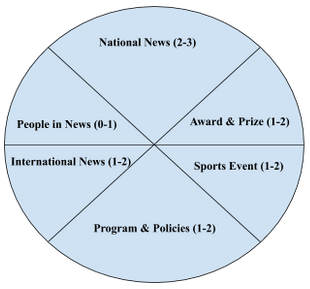 How to prepare current affairs for SSC CHSL - Topic-wise Plan

SSC CHSL current affairs preparation includes many topics that are talked about in the national, international News as well as awards & prizes, books & authors, programs & policies, sport events and lastly people in the News. Here we will discuss detailed analysis topic wise questions from current affairs section and their probability of coming in the SSC Combined Higher Secondary Level Examination (CHSL) 2019 prelims exam.

3 (a) National News: This topic is very important with at least 2-3 questions being asked in the exam every year. One way to prepare for SSC CHSL current affairs to read the Hindu and one current affairs magazine e.g Pratiyogita Darpan regularly. Keeping an eye on the current events in the country is mandatory.

3 (b) International News: While this topic is equally important like the national news, it is not always that questions are asked on them. Candidates are advised to keep abreast of activities happening around the world to prepare for current affairs from this section.

3 (c) Awards & Prizes: This section entails students getting familiar with popular awards and prizes awarded across the world. The emphasis in how to prepare current affairs for SSC CHSL exam for awards and prizes should be more on the national ones.

3 (d) Books & Author: Famous Books and their respective authors which are in the news due to any renowned contribution, prize or criticism should be considered important for exam. Here are few books

3 (e) Programme & Policies: Government programmes and policies are updated, revised regularly keeping the welfare of the country in mind. So candidates need to be aware of these changes

3 (f) Sport events: The how to prepare current affairs for SSC CHSL plan must include at least 1 question from sport events/ activities. Questions asked from this topic will be related to India and world sports events.

3 (g) People in news: Current affairs preparation for SSC CHSL exam for this section is not very crucial but needs to be planned to avoid missing a question and good marks. Keeping track of people in the news can be done by reading newspapers regularly.

Familiarity with SSC CHSL exam pattern is mandatory part of the plan on how to prepare current affairs for SSC CHSL. This will aid in knowing the type of questions, marks awarded to each section, time given and more..

Strategy on how to prepare current affairs for SSC CHSL?

5 (a) Regularly read Newspaper: Make a habit of reading one Hindi and one English newspaper regularly. This will not only help in current affairs preparation but also in increasing the speed of comprehension related questions from English subject.

5 (c) Make short notes: Making your own written notes always gives an edge to the preparation in current affairs for Staff selection Commission

Combined Higher Secondary Level Examination. It is easy to memorize and understand every minute detail written by oneself.

5 (e) Solve previous year papers: Weightage of topics, questions to expect are some things understood by solving question papers from past years.

A mock test a day is key to keep stress away

Candidates preparing for SSC CHSL exam should acknowledge the fact that, they should take multiple tests before appearing in any exam. Those who will adapt this strategy will be stress free at examination hall. To help candidates in their preparation here are few important current affairs questions for SSC CHSL 2019 exam. To know the answer of these important current affairs questions keep reading the article.

(1) Which of the following team scored 278 to register the highest-ever total in T20s?

(2) Who among the following was awarded the Gandhi Peace Prize 2018 for his contribution in Leprosy Eradication in India and across the world?

(3) The Reserve Bank of India (RBI) has taken 3 more banks from the PCA framework allowing them to resume their normal lending activities. What does C stands for in PCA framework?

(4) A joint military exercise Sampriti-2019 is an important bilateral defence cooperation endeavour between India and ____________.

(5) Which organization has launched ‘Yuva VIgyani Karyakram’, a ‘Young Scientist Programme’ for the School Children to be studying in the 9th standard?

(6) Former Finance Secretary Ajay Narayan Jha has joined as a member of the 15th Finance Commission. Jha has been posted in place of-

To Practise more questions of current affairs for SSC CHSL, CGL and other competitive exam, download the questions from below mentioned link

The ideal SSC CHSL- Books to prepare for the exam are listed below. Aspirants can check the same.

6 (a) Manorama Current affairs: This book is updated annually and candidates understanding how to prepare current affairs for SSC CHSL exam must include this book in this must read list.

6 (b) Pratiyogita Darpan Magazine: This magazine is working as a panacea since long terms for aspirants who wish to understand how to prepare current affairs for SSC CHSL exam.

6(c) Press Information Bureau News: Official press releases of Indian Government are shared on this portal. it is an ideal website in terms of authenticity hence candidates should use this while preparing for current affairs for SSC CHSL 2019 exam. Candidates can check these at pib.nic.in.

Candidates must note that only solving current affairs questions will not help them clear the general awareness/ general studies paper. They should also prepare for other sections e.g history, geography, economy and general science in a complete manner. Aspirants who will follow this strategy their chances to clear the SSC Combined Higher Secondary Level (CHSL) 2019 and other competitive exam e.g SSC CGL, UPSC & State Pcs is inevitable.

How to prepare Quantitative Aptitude for SSC CHSL