How To Join NDA After 12th?: The National Defense Academy (NDA) exam is one of India's most popular and competitive exams in India. Union Public Service Commission (UPSC) conducts the National Defense Academy and Naval Academy (NDA & NA) exam which is a direct gateway for Indian male candidates into the Indian Defense forces. It is one of those competitive exams dreamt by school kids in 10+2 who eye on serving the nation by being army officers of tomorrow. In this article, we will discuss every aspect of how to join NDA after 12th. We will also answer general queries of NDA on how to join NDA after 12th etc. The eligibility criteria, the selection process of how to join NDA after 12th. 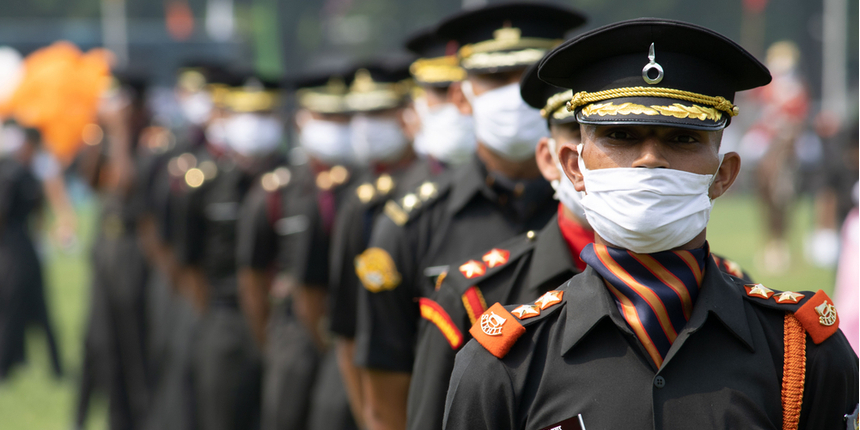 How To Join NDA After 12th?

How To Join NDA After 12th? - Application Process

Question: How can I prepare for NDA after 12th?

No, 12th marks don’t matter for NDA. Candidates must qualify for the 10+2 with PCM.

Question: What is NDA salary?

The starting salary of candidates is Rs. 56100 while candidates in training will get a stipend.

Question: What is the age limit to apply for the NDA 1 exam?

The age limit for candidates willing to apply must be between 16.5-19.5 years.

Question: What are the physical standards required for NDA exam?

The detailed physical standards required for NDA is mentioned in the article above.

There are no passing marks in the NDA exam, however, candidates must score the cut off marks.

Question: How hard is NDA exam?

Yes, NDA is one of the toughest exams in India. Due to the high competitive level and a lot of candidates applying for it. However, with proper preparations and an effective study plan candidates can qualify it easily.

NDA is am exam conducted twice an year for admission into various branches of defense which includes army, navy and air force.

Minimum eligibility criteria for students to sit for the exam is,

-The student should have completed his or her class 12th from a recognised Institute.

So from that perspective you will have a total of 7-8 attempts.