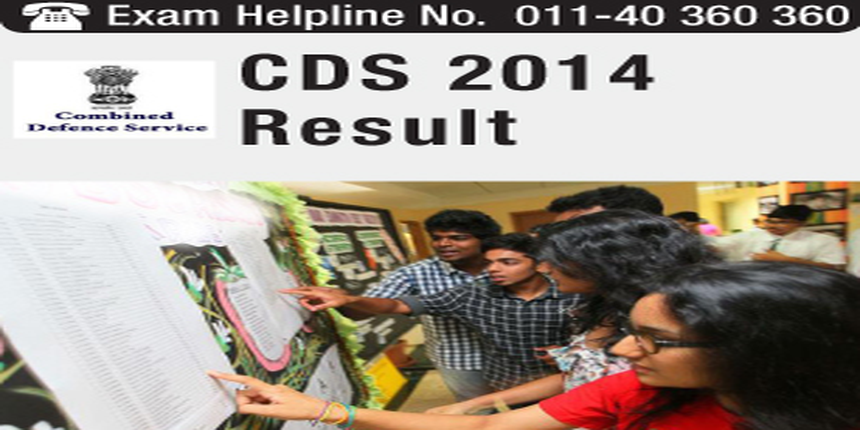 CDS II 2014 Result – Union Public Service Commission will declare the CDS II 2014 Result for the October 26 written exam tentatively in third week of December. After the declaration of CDS II 2014 Written Exam Result, the shortlisted candidates will be called for SSB Interview round.

UPSC will release the CDS II 2014 Cutoff as well as CDS II 2014 Online Exam Result for the entrance exam and candidates who qualify the cut off marks will be selected for SSB interview. Along with your CDS II 2014 Result, you can also view CDS II 2014 Merit List on this page, once it is published by the official source.

UPSC has already announced Selection Process and Exam Pattern for CDS II 2014. Admit Card for the same is available for downloading.

CDS Cut off 2020 - Union Public Service Commission (UPSC) will release the CDS Cut off after the ...

Age limit for CDS OTA is 19-25. Therefore according to your date of birth, you are eligible for exam.

According to CDS eligibility criteria 2020 , candidates applying for the exam must be 20 to 24 years. Candidates who have passed graduation or appearing for their final year are eligible to apply for CDS exam provided they submit a relevant certificate of passing the examination at the time of commencement of course.

So , Yes,You are Eligible! as your Age  is 23 years old currently .

Best of Luck For the Exam!