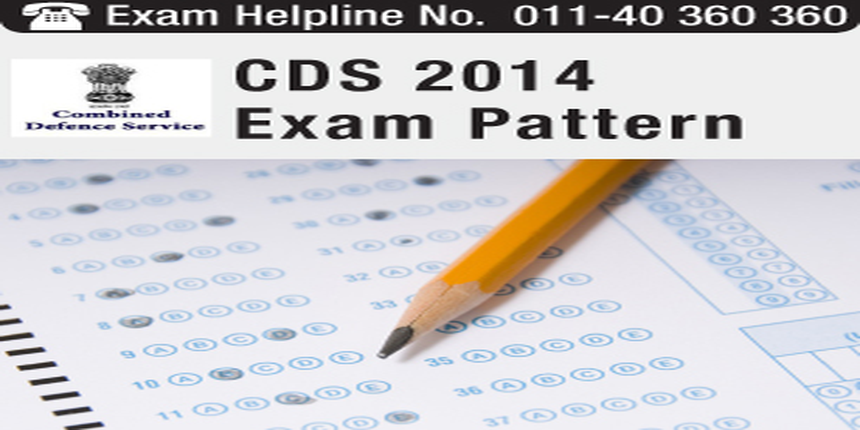 For admission to Military, Naval and Air Force Academy, the candidates under CDS II 2014 Paper Pattern are evaluated in English, General Knowledge (GK) and Elementary Mathematics, each paper of 2 hours duration and 100 marks each. For admission to Officers Training Academy the candidates are tested in a similar manner as explained above except that they are exempted from taking Elementary Mathematics test, as per CDS II 2014 Test Pattern.

While Elementary Mathematics paper will be of Matriculation level, questions in other papers will be based on Graduation standard, as described in CDS II 2014 Exam Pattern. For every wrong answer marked in the answer-sheet, one third of the mark will be deducted.

CDS II 2014 Syllabus and exam scheme have been described below:

For admission to IMA, INA and IAF:

For admission to OTA:

The question papers will be available in both English and Hindi languages.